The Rating System Can be Improved by Pinpointing These Homes 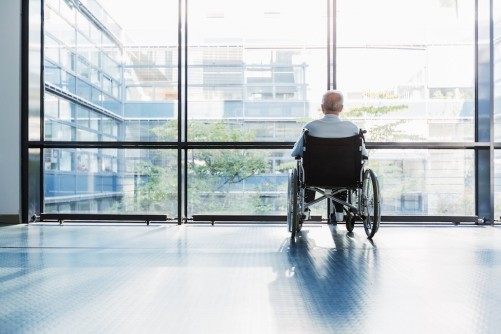 The researchers examined data from more than 1,200 nursing homes in California, the largest system in the U.S., including the facilities’ star ratings and other characteristics from Medicare files and information on facility finances and resident complaints from other databases maintained by the state.

Newswise — For families faced with the difficult decision of placing a loved one in a nursing home, a government rating system is often the only source of information to determine which facilities are the best. However, a new study of nursing homes in California, the nation’s largest system, by faculty at Florida Atlantic University and the University of Connecticut, found that some nursing homes inflate their self-assessment reporting to improve their score in the Five-Star Quality Rating System employed by Medicare to help consumers.

“We were able to empirically demonstrate that inflation does exist in the current system,” said Xu Han, assistant professor in the Department of Information Technology & Operations Management within FAU’s College of Business, who co-authored the study with Niam Yaraghi and Ram Gopal from UConn’s School of Business. “So many nursing homes have a five-star rating; they look like they’re luxury hotels, but it’s difficult to see through that and determine what kind of service they’re actually providing. In reality, many of them are not really providing five-star services.”

The five-star rating system that Medicare uses to compare nursing homes is made up of three components: employing a base score from an objective, on-site inspection, along with two scores from information on staffing and quality reported by the facility. Patients, physicians and payers rely heavily on these overall ratings, which have climbed higher as self-reported scores have trended upward.

The study, recently published in the journal, Production and Operations Management, investigates whether these rating improvements reflect actual quality gains or unjustified ratings inflation. Among the study’s findings:

The study provides systematic evidence that some nursing homes are inflating the self-reported measures in Medicare’s star rating system. By showing that there is a manageable number of facilities that are likely inflators and identifying key predictors of being an inflator, the researchers said the findings can help Medicare focus its future audits more strategically and improve its inspection process and ratings system.

The study uses data from 2009 to 2013, the first five years after the rating system was implemented in 2008. The researchers examined data from more than 1,200 nursing homes in California, the largest system in the U.S., including the facilities’ star ratings and other characteristics from Medicare files and information on facility finances and resident complaints from other databases maintained by the state.