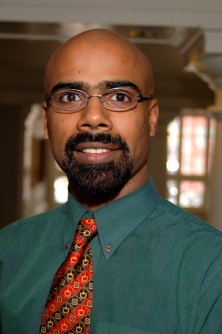 Newswise — BOSTON -- A new study by an international team led by Dana-Farber Cancer Institute scientists provides the first statistically-based guidelines for determining whether a stem cell transplant is appropriate for older patients with myelodysplastic syndromes (MDS) – the most common blood disorders in people over 60 years of age, and frequently a precursor for leukemia.

Using mathematical models to analyze hundreds of MDS cases from around the world, the researchers found reduced intensity transplants of donor stem cells are advisable for patients aged 60-70 who have higher-risk forms of MDS that are likely to turn into leukemia in the near future. For patients with lower-risk MDS, non-transplant treatments are preferable, the model indicates.

The research was reported online today in the Journal of Clinical Oncology.

“Our study helps inform older MDS patients and their doctors whether a stem cell transplant is preferred or whether it makes more sense to pursue other options,” says John Koreth, MBBS, DPhil, medical oncologist in the Division of Hematologic Malignancies at Dana-Farber, who is the study’s lead author and co-principal investigator (with Joseph Pidala, MD, MS, of the H. Lee Moffitt Cancer & Research Institute, and senior author Corey Cutler, MD, MPH, of the Division of Hematologic Malignancies at Dana-Farber). “Until now, there haven’t been statistically-quantified guidelines for making these decisions for older patients, who are most impacted by the disease.”

MDS arises in the blood-forming cells of the bone marrow, causing a drop in the number of healthy white and red blood cells and of platelets needed for blood clotting. Depending on which type of cells are in short supply, the result can be fatigue, shortness of breath, easy bruising and bleeding, or infection and fever. An estimated 12,000 people in the United States are diagnosed with MDS each year, and more than 80 percent of whom are over age 60. (Some researchers believe MDS to be widely under-diagnosed, so the number of people affected may be much larger.)

In some cases, MDS produces only mild symptoms that don’t worsen for years. In others, the symptoms can be severe, leading to the development of a fast-growing form of leukemia. The most common tool for predicting the course of MDS is the International Prognostic Scoring System (IPSS), which is based on a patient’s blood counts, percentage of immature “blast” cells in the blood or bone marrow, and occurrence of chromosomal abnormalities in these cells. Based on IPSS scores, the disease is classified as low risk, intermediate-1 or -2 risk, or high risk.

While these treatments are often helpful, they cannot cure the disease. The only potentially curative treatment is a donor stem cell transplant, which can, in principle, be used for patients with any stage of MDS. But because even reduced-intensity transplants are fatal in a significant minority of cases, there has been some uncertainty over the use of transplantation for older patients with MDS.

“It hasn’t been clear for which older patient groups the benefits of transplant outweigh the risks,” Koreth says. To find out, researchers collected data on 514 patients, age 60-70, who were newly diagnosed with MDS. For both lower- and higher-risk groups, they built separate mathematical models to compare treatment outcomes in patients who received reduced-intensity donor stem cell transplants with outcomes in patients who received non-transplant therapies. They analyzed not only length of survival but also the quality of life of patients in those groups.

“The clear result is that, on balance, reduced-intensity stem cell transplantation offers a survival benefit for patients with higher-risk MDS, but not for those with lower-risk disease,” Koreth says. “The findings should offer useful guidance for older patients with MDS on deciding the best course of treatment.”

Koreth is a Leukemia and Lymphoma Society Scholar in Clinical Research. Cutler is supported by the Stem Cell Cyclists of the Pan Mass Challenge.

About Dana-Farber Cancer InstituteDana-Farber Cancer Institute (www.dana-farber.org) is a principal teaching affiliate of the Harvard Medical School and is among the leading cancer research and care centers in the United States. It is a founding member of the Dana-Farber/Harvard Cancer Center, designated a comprehensive cancer center by the National Cancer Institute. It provides adult cancer care with Brigham and Women’s Hospital as Dana-Farber/Brigham and Women’s Cancer Center and it provides pediatric care with Boston Children’s Hospital as Dana-Farber/Boston Children’s Cancer and Blood Disorders Center. Dana-Farber is the top ranked cancer center in New England, according to U.S. News & World Report, and one of the largest recipients among independent hospitals of National Cancer Institute and National Institutes of Health grant funding. Follow Dana-Farber on Facebook: www.facebook.com/danafarbercancerinstitute and on Twitter: @danafarber. # # #