Study Sheds Light on How, Why Middle Managers Can Coerce Employees Into Deceptive Practices 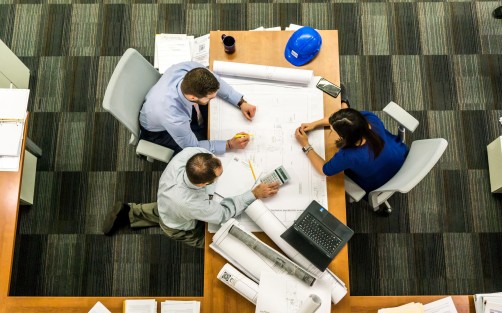 Newswise — LAWRENCE — Several recent corporate and governmental scandals unfortunately have revolved around middle managers and employees who have attempted to meet lofty performance goals that superiors impose by engaging in deceptive performance practices.

A study led by a University of Kansas School of Business professor sheds new light on how and why middle managers can coerce their employees into deceiving upper management, in order to ensure that a unit's performance looks good while also keeping the actions hidden. Although many of the employees part of the study raised ethical concerns, most of them did go along with the scheme, even if only because they did not want to be fired.

"In our case, upper management was so focused on whether the unit was reaching its performance numbers that a kind of goal displacement occurred. It led middle managers to do whatever they could to report the 'right' numbers, which in our case involved getting their subordinates to do unethical things. A big mistake that upper management made was that they didn't check to make sure that people were actually doing the behavior that was associated with the numbers that were reported," said Niki den Nieuwenboer, KU assistant professor of organizational behavior and business ethics. "It is a problem, and it creates space to find ways to produce those numbers in unethical ways."

The paper was published recently in the journal Organization Science. It is an ethnographic study of a desk sales unit of an unnamed large telecommunications organization. Her co-authors are Linda Treviño, Distinguished Professor of Organizational Behavior and Ethics, Smeal College of Business at Penn State University and Joa᷃o Viera da Cunha, associate professor, IÉSEG School of Management in France.

One of the team's researchers spent more than a year immersed within the unit to study its culture and workers' experiences. As part of the data collection, he shadowed desk salespeople for 273 days, spent 20 days observing middle managers, listened in to 15 to 22 informal breaks between workers per week, and conducted 104 formal interviews. Interactions on the phone, through email and in face-to-face meetings were observed and documented.

The researcher soon uncovered unethical behavior occurring within the sales units he observed. Middle managers instructed their subordinates to feign successful performance and make it seem as if everyone was reaching their targets when they were not. The middle managers chose this route because the targets that were imposed upon the unit were too high and difficult to reach. They also faced a deficiency in the sales skills of the unit's salespeople, and the unit was bogged down by onerous administrative requirements, Den Nieuwenboer said.

Examples of the unit's unethical tactics involved the reporting of orders as sales, most of which normally should have been placed at a service-focused unit in the organization, not with the unit that was studied.

"By telling subordinates to stop behaving like salespeople and to act as customer service managers instead, people within the unit eventually even managed to manipulate customers into placing ever more orders with the desk sales unit instead of with the unit where they used to place their orders, which allowed desk salespeople to inflate their sales performance even more" Den Nieuwenboer said.

"It was a quid pro quo arrangement, I'll scratch your back, if you scratch mine," she said.

The deceit itself harmed the organization in several ways, including its bottom line through the awarding of bonuses based on this deceptive performance but also because upper management made strategic decisions and allocated resources based on the unit's feigned success.

"How can you lead a company if the performance information you get is fake? You end up making bad decisions" Den Nieuwenboer said.

The researchers as part of their study also uncovered ways middle managers hid the schemes, including the managers hand picking certain employees to meet with upper management to even urging employees to act drunk and wander off at a company function to avoid talking to upper managers.

The researchers said the study provides lessons for upper management that include not relying exclusively on performance reports and instead investing in in-person monitoring of subordinates and units to make it more difficult for salespeople and others at lower levels of the company to fake their performance. This would perhaps also make it easier for them to send signals to upper management about possible unethical practices.

"Interestingly, what we didn't see is managers speaking up, we didn't see them pushing back against the unrealistic goals," Treviño said. "We know a lot about what we refer to as voice in an organization, and people are fearful and they tend to keep quiet for the most part."

For organizations, goal setting itself can be effective, the researchers said.

"But it's important that organizations ensure that goals are reasonable and attainable, that they provide support for improving performance skills, and that performance is monitored in an appropriate way," Den Nieuwenboer said. "If you are not concerned with how people are reaching that goal, that can be a problem."

This type of research could be useful in trying to understand and prevent several recent scandals that have centered around deceptive practices in trying to reach performance targets or goals, such as the Atlanta school tests scandal, the Veterans Health Administration's waitlist scandal and Wells Fargo's fraudulent accounts scandal, the researchers said.

In the case of Wells Fargo, the scandal involved salespeople opening two million accounts that were unauthorized or created without customers' knowledge as a way to meet sales goals but often racking up fees or other charges and potentially negatively impacting people's credit scores, according to the Consumer Financial Protection Bureau.

"We highlight that collective forms of deception may require explanations that include not just those who enact the deceptive performance, the subordinates, but also their managers, the middle management, who design and impose it," Den Nieuwenboer said, "as well as upper management, who create the context that motivates and enables deception."