Study Sheds Light on Mechanism of Liposome Accumulation in Tumors 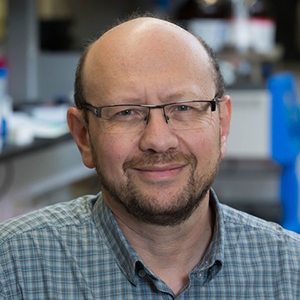 Newswise — Dmitri Simberg, PhD, an associate professor in the Department of Pharmaceutical Sciences in the Skaggs School of Pharmacy and a CU Cancer Center member, has released the results of a new study of the effectiveness of different types of fluorescent labels used to monitor the accumulation of liposomes in tumors.

The new study, titled “Liposomal Extravasation and Accumulation in Tumors as Studied by Fluorescence Microscopy and Imaging Depend on the Fluorescent Label,” was published on July 1, 2021, in the prestigious journal of the American Chemical Society, ACS Nano.

Liposomes, a type of nanoparticle, are tiny, fat-soluble vesicles (small, fluid-filled sacs) made from lipids, or fats. They are mainly used to deliver cancer-fighting drugs to tumors, since liposomes are not water soluble and can protect some drugs against breaking down in the body.

In the new study, Simberg and his collaborator Irina Balyasnikova, PhD, from the Department of Neurological Surgery at Northwestern University, wanted to determine whether the accumulation of liposomes in tumors depends on the type of fluorescent label used.

“It's very important for the liposome to get out to the tumor blood vessels in order to reach tumor cells and other cells in the microenvironment. So, we asked whether liposome accumulation in tumors depends on which fluorescent label you use,” Simberg explains.

To accomplish this, they made liposomes containing two different classes of fluorescent lipids in the same liposome: indocarbocyanine lipids (ICLs) and fluorescent phospholipids (FPLs). Then they injected them into breast cancer and brain cancer mouse models and used fluorescent microscopy and imaging to compare how much of each label accumulated in the tumors.

Both types of fluorescent labels initially accumulated in the tumor blood vessels. However, over time, the ICLs continued to accumulate, spreading over a significantly larger tumor area and reaching immune and tumor cells, while the FPLs quickly degraded and disappeared from the tumors.

“What we found is that even when injected into the same liposome, ICLs showed remarkable accumulation and extravasation (infiltrating the tumors), while FPLs, though a very similar type of fluorescent group, did not show much extravasation and essentially disappeared,” Simberg says.

“It's the first finding of its kind, showing that different lipids have different abilities to accumulate in tumors,” he adds.

“There is a lot of interest in using lipids as a kind of shuttle to get the drugs into tumors,” Simberg says. “It’s an exciting opportunity to enhance drug delivery in different tumors, particularly glioma, a type of brain tumor that’s especially difficult to penetrate.”

Simberg says the most impactful part of this paper and his lab’s ongoing research is its focus on understanding the mechanics and structure of lipids that determine the efficiency of tumor accumulation.

The next step in the team’s research will be studies to try additional fluorescent lipids. “In this paper, we compared two lipid types, but we want to expand on that to build a large library of fluorescent lipids and use the most efficient ones to deliver anticancer drugs, eventually testing them for therapeutic efficacy in glioma and other tumor models,” Simberg says.