12-Jun-2017 11:05 AM EDT, by Perelman School of Medicine at the University of Pennsylvania contact patient services
favorite_border 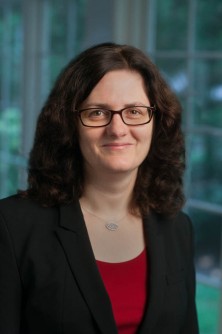 Newswise — PHILADELPHIA – An analysis of data from five major studies of testicular cancer has identified new genetic locations that could be susceptible to inherited testicular germ cell tumors. The findings, which researchers call a success story for genome mapping, could help doctors understand which men are at the highest risk of developing the disease and signal them to screen those patients. Researchers from The international TEsticular CAncer Consortium (TECAC), led by Katherine L. Nathanson, MD, a professor of Translational Medicine and Human Genetics at the Perelman School of Medicine at the University of Pennsylvania and a member of Penn’s Abramson Cancer Center, worked with multiple institutions to perform the analysis. The findings were published today in Nature Genetics.

Germ cell tumors account for 95 percent of testicular cancer cases. Testicular germ cell tumors are the most common cancer in the United States and Europe in white men between the ages of 20 and 39, and the number of cases has continued to rise over the past 20 years. Despite significant evidence that susceptibility to these tumors is hereditary, no one has been able to find a mutant high penetrance gene – similar to BRCA1 in breast cancer – that increases risk.

In contrast, genome-wide association studies (GWAS), which identify common variations associated with risk of disease, have been much more successful. Nathanson and her team used that method for this analysis to find locations on chromosomes – called loci – that contain variants associated with an increased risk of germ cell tumors. They combined data from five international GWAS of testicular germ cell tumors, giving them almost 3,600 total cases.

Nathanson is a co-senior author on the study, along with Peter A. Kanetsky, PhD, MPH, of Moffitt Cancer Center. The paper’s lead author is Zhaoming Wang, who worked at the National Cancer Institute under the direction of Stephen J. Chanock, MD.

Nathanson noted the identification of new loci in this study is not just a matter of statistical significance. These new loci are also biologically relevant, suggesting specific pathways are disrupted – particularly those involved in the development, maturation, and function of male germ cells.

“Compared to other cancer types, we have accounted for a high proportion of site-specific heritability with fewer loci,” Nathanson said.

With the 12 new loci identified in this study, the number of known loci now stands at 40. When taken altogether, Nathanson says it can explain 37 percent of the father-to-son familial risk for testicular cancer.

“Even though this cancer is curable, it shows how much we still have to learn about this particular disease type,” Nathanson said. “These findings can guide us when trying to determine which patients are at a high risk of developing disease and who among them should be screened.”

Nathanson says identifying who needs screening may be especially useful for men known to be at increased risk for testicular cancer for other reasons, such as undescended testes.