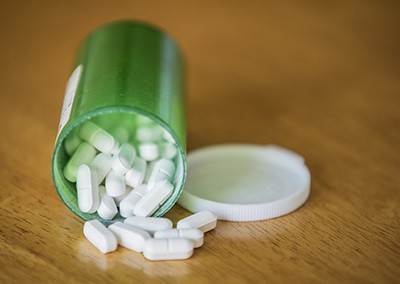 Newswise — Jan. 25, 2018 -- In a six-month study recently concluded, a research unit affiliated with two hospital institutions and a university in Ottawa found that a reduction in the number of cigarettes smoked daily also reduced a smoker’s dependence on opioids.

The study, “Management and Point-of-Care for Tobacco Dependence (PROMPT): a feasibility mixed methods Community Based Participatory Action Research project in Ottawa, Canada,” was published in the latest issue of BMJ Open. This latest research by The Bridge Engagement Centre (The Bridge), affiliated with The Ottawa Hospital, Ottawa Hospital Research Institute and the University of Ottawa, followed a previous study at The Bridge of 856 participants drawn primarily from the homeless community.

When that study revealed that 96 per cent of the participants smoked, compared to just 9 percent of the Ottawa population, The Bridge undertook the second study to determine if it could reduce the prevalence of addiction among the homeless.

“The majority of the homeless are at high risk,” said Smita Pakhale, MD, FRCPC, MSc, Clinician-Scientist Lead at The Bridge, and a member of the American Thoracic Society’s Tobacco Action Committee.  “If they have housing, they fear losing it; 79 percent have no ready access to food; mental health issues, caused by stress and/or generational problems, are up to eight times more prevalent among the homeless than in the general population.  They cope with these problems by turning to caffeine, alcohol and cigarettes, which are readily available.”

The content of the study and its administration was a joint effort by The Bridge and the participants who were trained in the ethics of recruitment and management.  This joint action, Dr. Pakhale said, placed participants in the driver’s seat which built their confidence and helped them to focus on a productive future.

More than a third of PROMPT participants reported an overall improvement in quality of life, including returning to work, greater community engagement and community support, accessing drug treatment programs and school enrolment.

The Bridge research team will expand the scale of the PROMPT project in an upcoming e-cigarette project funded by the Canadian Institute of Health Research.

About The Bridge The Bridge is a community research centre that conducts projects in partnership with people who experience poverty, homelessness, and/or mental health issues and substance use.  The Centre investigates the root causes of poor health and proposes innovative solutions to improve the health and wellbeing of vulnerable individuals and communities.  The Bridge co-creates sustainable solutions ‘for the people, by and with the people’ challenging the status quo.