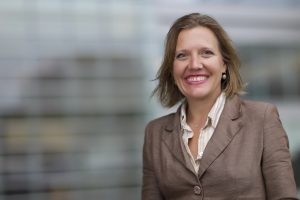 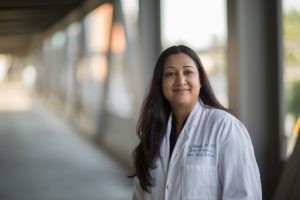 In a recent study published in the Journal of Clinical Microbiology, researchers compared urine testing to other screening methods in detecting women at risk for HPV-linked cervical cancer. While they found the urine test showed promise, additional research is needed to improve the test’s accuracy.

“Urine sampling is a super promising approach that has the potential to greatly increase screening coverage, since it may be a much easier and more acceptable test for many women,” said UNC Lineberger’s Jennifer S. Smith, PhD, the study’s senior author and a professor of epidemiology in the UNC Gillings School of Global Public Health. “Our results were very promising, yet merit further research.”

HPV, or human papillomavirus, is linked to cervical cancer, certain types of head and neck cancer, and other cancers. Already, scientists have developed tests to detect certain oncogenic strains of HPV that can cause cervical cancer, but none have been approved in the United States that test urine specifically.

“Having an easy, non-invasive test would allow for more opportunities for screening without a pelvic exam,” Rahangdale said.

In their study, researchers compared urine testing using Oncolarity, a U.S. Food and Drug Administration-approved HPV test made by Becton, Dickinson and Company, to the results of a self-collected cervical sample, physician exam and a biopsy for 307 women. Based on the results of the biopsy, they found that 83 women, or 27 percent, had high-grade precancerous cervical abnormalities.

Researchers reported that since the urine testing sensitivity levels for detection of high-grade cervical pre-cancer were lower than other forms of screening, work is needed to improve the accuracy of the test.

However, they see the potential of the urine testing as a non-invasive screening alternative to increase screening options, especially for women who have limited access to health care or have not been screened.

“The study shows promise for urine HPV screening, though there is still work to be done to improve its characteristics so it is comparable to other screening methods,” Rahangdale said. “We have good tests already that screen for cervical cancer, but if women aren’t accessing them, they are not going to do any good. By making screening more accessible, more women can get screened, and ultimately, we can prevent more cervical cancer.”

The study was supported by the National Institutes of Health, the Swiss Cancer Research Foundation, the Division of General Obstetrics and Gynecology Women’s Health Research Fellowship. BD, Rovers Medical Devices BV, and Hologic donated supplies for use for the study.