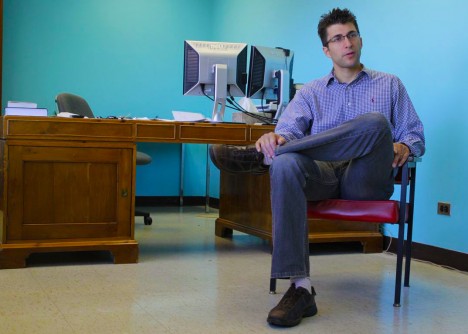 Newswise — Stony Brook, NY, April 28, 2014 – In a Stony Brook University-led study that uses website-based experiments to uncover whether the age-old adage that “success breeds success” is a reality, researchers found that early success bestowed on individuals produced significant increases in subsequent rates of success, in comparison to non-recipients of success. The findings, to be published early online in the Proceedings of the National Academy of Sciences (PNAS), and supported by two grants from the National Science Foundation and by a SEED grant from Stony Brook and Brookhaven National Laboratory, suggest that early success that is not based on merit may produce inequality in achievement among similarly qualified individuals. But the study also found that greater amounts of initial success failed to produce greater subsequent success.

In one scenario, they provided funding to proposed ventures, in another awards to under-appreciated volunteers, in another endorsements of product reviews, and in yet another signatures of support to social or political campaigns.

“In each scenario, we found that early success led to more successes,” said van de Rijt. “However, larger rewards bestowed by our experimentation did not proportionally increase the level of later success. This suggests that a modest initial success may be sufficient to trigger a self-propelling cascade of success in various success-breeds-success scenarios. It also suggests that philanthropists may maximize impact by granting smaller initial donations to numerous groups rather than a large donation to a single group.”

Overall, the authors reported that individuals given early support were 9 to 31 percent more likely than individuals who did not receive early support to receive follow-up support from other individuals, whether that meant for funding, an award, product endorsement, or signatures of support.