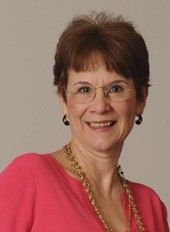 Marileila Garcia, PhD, investigator at the University of Colorado Cancer Center and professor at the CU School of Medicine

Newswise — Pilocytic astrocytoma (PA) is a primarily pediatric brain tumor caused mainly by mutations in the BRAF gene. In fact, there are two specific mechanisms for activation of BRAF implicated in PA formation: by fusion of the gene with nearby gene KIAA1549 (K:B fusion) or by point mutations of the BRAF gene itself. Research presented at the American Society for Clinical Oncology (ASCO) Annual Meeting 2014 used a newly designed test for K:B fusion to show that point mutations lead to a more dangerous form of the disease than does K:B fusion.

“Overall, the prognosis for Pilocytic astrocytoma is fairly good. But then we see about 10 percent of cases in which the disease acts more aggressively. What we show is that the non-aggressive and aggressive forms of the disease are, in fact, created by related but distinctly different genetic abnormalities,” says Marileila Garcia, PhD, investigator at the University of Colorado Cancer Center and professor at the CU School of Medicine.

The test developed by Garcia for the current study used fluorescent in situ hybridization (FISH) to visualize BRAF and its fusion partner KIAA1549 inside cells, allowing researchers to see when these genes were fused together and when they were apart. In 64 patient samples, Garcia and colleagues found 37 that were K:B fusion positive and 27 that were negative. These two patient populations were markedly different. The mean age of the K:B fusion population was 7.4 years old, compared to 15.2 years old in the non-K:B population; 73 percent of the K:B PAs were found in the cerebellum, whereas 78 percent of the non-K:B PAs were found elsewhere; and non-K:B PAs were much more likely associated with co-occurrence of the disease Type 1 Neurofibromatosis, which can lead to the formation of additional tumors.

“Now that we have a reliable method for detecting K:B fusions in these patients, we may be able to more reliably decide how to treat PA. Patients without K:B fusions have a poor prognosis and should be treated most aggressively,” Garcia says.