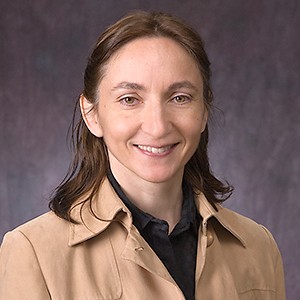 Newswise — Alcohol is frequently featured in entertainment media targeting teenagers, but can a simple message alter their attitudes about drinking? According to research from a professor at American University, the answer is yes.

Cristel Russell, an associate professor at the university’s Kogod School of Business, is the coauthor of “Alcohol Storylines in Television Episodes: The Preventive Effect of Countering Epilogues,” published in the Journal of Health Communication.

The researchers tested 14-17-year-olds attitudes on alcohol use by creating an original script that depicted heavy drinking that led to positive or negative outcomes for the story’s protagonist.

Participants exposed solely to the pro-alcohol episode had more positive attitudes about drinking. However, perceptions began to change when an epilogue that doubles as a public service announcement was attached to the episode.

“What you see on TV is not real,” the pro-alcohol episode epilogue began. “In reality, alcohol changes your behavior in a bad way, it makes you do things you might regret.”

Participants exposed to the epilogue reported more negative attitudes about drinking than those who saw the pro-alcohol episode without an epilogue.

“This is a hopeful outcome,” Russell says of the findings.  “It shows that teens’ views of alcohol are in flux and that a short post-episode message can essentially wipe out the influence of seeing a whole TV episode where alcohol is shown with positive consequences.”

The use of an epilogue after the anti-alcohol episode showed no impact on participant attitudes.

Russell says the results demonstrate the natural power of stories and that messages don’t have to be driven home when negative consequences are a central theme.

“When stories convey a message that can be good for the audience to see, such as drinking leading to bad outcomes in the anti-alcohol TV episode, it’s best to let it run its course and exert its subtle influence.”