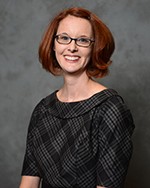 Newswise — The month of November often brings about a sense of dread at the thought of food filled holiday parties and gatherings, but those who consume a plant based diet have little need for concern. A new study by the University of South Carolina confirms one big draw of saying no to all animal products: the ability to shed weight faster than those who consume a diet that contains meat and dairy. Celebrating World Vegan Month may be the answer for those looking to shed a few pounds and gain other health benefits.

The study, conducted by the university’s Arnold School of Public Health and published in The International Journal of Applied and Basic Nutritional Sciences, compared the amount of weight lost by those on vegan diets to those on a mostly plant-based diet, and those eating an omnivorous diet with a mix of animal products and plant based foods. At the end of six months, individuals on the vegan diet lost more weight than the other two groups by an average of 4.3%, or 16.5 pounds.

Participants followed their assigned dietary restrictions for six months, with all groups except the omnivorous participating in weekly group meetings. Those who stuck to the vegan diet showed the greatest weight loss at the two and six month marks.

The lead author on this study, Gabrielle Turner-McGrievy notes that the diet consumed by vegan participants was high in carbohydrates that rate low on the glycemic index. “We’ve gotten somewhat carb-phobic here in the U.S. when it comes to weight loss. This study might help alleviate the fears of people who enjoy pasta, rice, and other grains but want to lose weight,” she said.

Weight loss was not the only positive outcome for participants in the strictly vegan group. They also showed the greatest amount of decrease in their fat and saturated fat levels at the two and six month checks, had lower BMIs, and improved macro nutrients more than other diets. Eschewing all animal products appears to be key for these positive results. “I personally was surprised that the pesco-vegetarian group didn’t fare better with weight loss. In the end, their loss was no different than the semi-vegetarian or omnivorous groups,” McGrievy said.

Turner-McGrievy is an assistant professor at the University of South Carolina in the Department of Health Promotion, Education, and Behavior. Some of her research focuses on plant-based dietary approaches for chronic disease prevention and treatment among adults.