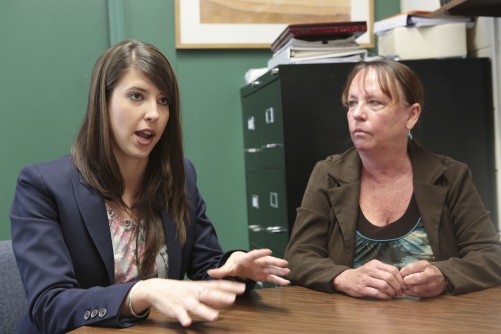 Newswise — Maybe the boss’ staff meeting shouldn’t be such a boring snooze, but rather a more structured event to improve the performance of the team, new basic research at The University of Alabama in Huntsville indicates.

With the word “team” ubiquitous to the point of cliché in the business world, the new research indicates that teams improve their performance when they meet in a structured environment in which each member reflects on his or her role and how it relates to the overall performance of the team.

Communication is essential in this reflexivity phase so that each team member develops greater situational awareness, which is the perception of their environment and what it may mean now and in the future, and better transactive memory, which is the ability to recall which team members have expertise in various roles.

The study of the reflexivity phase and communication by UAHuntsville graduate student Kristin Weger organized 40 virtual teams of four members each, connected to each other only by computer. “No team member knows who the other team members are,” Weger said. “For this study, they could only communicate via a chat system.”

The study was conducted through the UAHuntsville Psychology Department’s Social Cognition and Teamwork Laboratory. “In our research in the lab, we try to identify when and under what conditions the best teamwork occurs,” said Dr. Sandra Carpenter, a psychology professor and Weger’s collaborator. “What we do is experimental work that typically uses college students to work on projects for a specific period of time, or we study college students as they do their own course projects. The results are applicable to the military, managers and team leaders of all types.”

Weger’s teams played a German-created video game designed for experimental and training purposes called NetOpFeuer 2.0, or Network Operations Fire, a computer simulated fire rescue. Weger, who is German, began her nine-month project by translating the game into English. The purpose of the game is for each team to save as much of a burning village and forest as possible, and team members are each assigned to a different role in the effort. The 20 reflexivity teams were all given the goal of improving their performance.

“Nobody has really done it before, looking at the reflexivity phase and its impact on communication,” said Weger, whose resulting thesis will earn her a master’s degree in experimental psychology with a specialization in industrial organizational psychology. Her work was awarded as the Psychology Department’s outstanding thesis. She hopes to continue her studies as a doctoral candidate at the University of Bamberg in Germany.

Study teams were composed of volunteers and students. Each followed the same protocol. They trained on the video game to gain confidence in the task. Weger found that the 20 teams engaging in reflexive phases after the first game improved their subsequent performance by a statistically significant margin, in terms of the percentage of the village and forest they saved from being burned, compared to the 20 control teams who did not reflect on their performance.

In the first scenario, after playing the video game teams in the guided reflexivity condition next reflected for 10 minutes and discussed specific guiding questions on their strategy and how they’d change it for future rounds. Teams who received a guided reflexivity intervention had an initial performance of 59.88 percent of the village and forest saved from fire.

The second scenario was like the first, but the game layout was reversed so that it provided a new environment. “That enabled us to measure if their performance had improved,” Weger said. After the guided reflexivity intervention, during the second scenario team performance increased to 68.38 percent saved.

“Giving them guidance in what to talk about influences their ability to communicate together and perform together,” Weger said.

Control teams went through the same exercise but instead of the guided reflexivity phase, they discussed how to be more successful at their careers, an unrelated subject. “The control condition had an initial higher performance with 63.88 percent in scenario one,” Weger said, “but did not increase their performance in scenario two, which was 63.80 percent.”

The study found that communication among team members flourished during the discussion phase that happened after the first scenario, when teams that received a guided reflexivity intervention sent on average 21.15 chat messages about situation awareness events, whereas teams in the control condition sent on average 10.85 messages.

During the discussion phase, teams that received a guided reflexivity intervention sent on average 37.60 messages about reflexivity.

Donated by maker IABG, the video game calculated the performance of each team using an algorithm. Also under study was the degree to which each individual team member developed situational awareness and transactive memory.

“Each team member had a task, like one would operate the fire engine and one would run the helicopter,” Weger said. “For teams in the guided reflexivity condition, knowledge and awareness of all aspects increased during the reflective discussion.” Team members increased their awareness of their own roles, the knowledge base of their peers and how everything fit together to make a unit.

Interestingly, Weger found in the control groups that there was a degree of voluntary reflexivity that also slightly increased their cohesiveness as a team. Teams in the control condition sent on average nine messages, indicating that teams do voluntarily reflect to a certain degree.

“Some research says that teams do not actually voluntarily reflect ,” she said, “but I found that groups to some degree did reflect.”

More research needs to be done, and Weger hopes to be the one doing it, but “if it goes along the same lines as we have done, then if you are previewing prior performance, developing new strategies and implementing new strategies, it can improve team performance.”

The take-home point for your boss is the guidance aspect. “If you call them together to discuss their performance in a guided environment, it will improve,” Weger said. “You have to put more training into communication.”

“Other research has shown that if you intervene early and get the team to discuss what the task is and what their goals are, it improves their performance,” said Dr. Carpenter.

But then there are always some slackers who mimic Wally from the comic strip Dilbert. One of Weger’s teams decided during its reflexivity period not to save anything from the flames in thevideo game, so essentially it was doing no work. “I had to talk to them then and explain that they had a goal that had been set to improve their performance,” she said.

So even though your boss might see an improvement in the team by employing reflexivity periods in a guided environment, and you might find staff meetings more engaging, it’s still good to make sure everyone is indeed working toward the goal.