Study Suggests Why Most Smokers Don’t Get Lung Cancer 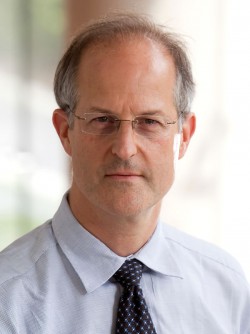 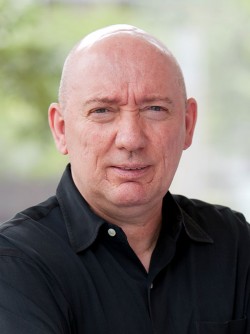 Newswise — April 11, 2022—BRONX, NY—Cigarette smoking is overwhelmingly the main cause of lung cancer, yet only a minority of smokers develop the disease. A study led by scientists at Albert Einstein College of Medicine and published online today in Nature Genetics suggests that some smokers may have robust mechanisms that protect them from lung cancer by limiting mutations. The findings could help identify those smokers who face an increased risk for the disease and therefore warrant especially close monitoring.

“This may prove to be an important step toward the prevention and early detection of lung cancer risk and away from the current herculean efforts needed to battle late-stage disease, where the majority of health expenditures and misery occur,” said Simon Spivack, M.D., M.P.H., a co-senior author of the study, professor of medicine, of epidemiology & population health, and of genetics at Einstein, and a pulmonologist at Montefiore Health System.

Overcoming Obstacles to Study Cell Mutations
It’s long been assumed that smoking leads to lung cancer by triggering DNA mutations in normal lung cells. “But that could never be proven until our study, since there was no way to accurately quantify mutations in normal cells,” said Jan Vijg, Ph.D., a study co-senior author and professor and chair of genetics, professor of ophthalmology and visual sciences, and the Lola and Saul Kramer Chair in Molecular Genetics at Einstein (also at the Center for Single-Cell Omics, Jiaotong University School of Medicine in Shanghai, China). Dr. Vijg overcame that obstacle a few years ago by developing an improved method for sequencing the entire genomes of individual cells.

The Einstein researchers used SCMDA to compare the mutational landscape of normal lung epithelial cells (i.e., cells lining the lung) from two types of people: 14 never-smokers, ages 11 to 86; and 19 smokers, ages 44 to 81, who had smoked a maximum of 116 pack years. (One pack year of smoking equals 1 pack of cigarettes smoked per day for one year.) The cells were collected from patients who were undergoing bronchoscopy for diagnostic tests unrelated to cancer. “These lung cells survive for years, even decades, and thus can accumulate mutations with both age and smoking,” said Dr. Spivack. “Of all the lung’s cell types, these are among the most likely to become cancerous.”

Mutations Caused by Smoking
The researchers found that mutations (single-nucleotide variants and small insertions and deletions) accumulated in the lung cells of non-smokers as they age—and that significantly more mutations were found in the lung cells of the smokers. “This experimentally confirms that smoking increases lung cancer risk by increasing the frequency of mutations, as previously hypothesized,” said Dr. Spivack. “This is likely one reason why so few non-smokers get lung cancer, while 10% to 20% of lifelong smokers do.”

“The heaviest smokers did not have the highest mutation burden,” said Dr. Spivack. “Our data suggest that these individuals may have survived for so long in spite of their heavy smoking because they managed to suppress further mutation accumulation. This leveling off of mutations could stem from these people having very proficient systems for repairing DNA damage or detoxifying cigarette smoke.”

The finding has led to a new research direction. “We now wish to develop new assays that can measure someone’s capacity for DNA repair or detoxification, which could offer a new way to assess one’s risk for lung cancer,” said Dr. Vijg.

About Albert Einstein College of Medicine
Albert Einstein College of Medicine is one of the nation’s premier centers for research, medical education and clinical investigation. During the 2021-22 academic year, Einstein is home to 732 M.D. students, 190 Ph.D. students, 120 students in the combined M.D./Ph.D. program, and approximately 250 postdoctoral research fellows. The College of Medicine has more than 1,900 full-time faculty members located on the main campus and at its clinical affiliates. In 2021, Einstein received more than $185 million in awards from the National Institutes of Health. This includes the funding of major research centers at Einstein in cancer, aging, intellectual development disorders, diabetes, clinical and translational research, liver disease, and AIDS. Other areas where the College of Medicine is concentrating its efforts include developmental brain research, neuroscience, cardiac disease, and initiatives to reduce and eliminate ethnic and racial health disparities. Its partnership with Montefiore, the University Hospital and academic medical center for Einstein, advances clinical and translational research to accelerate the pace at which new discoveries become the treatments and therapies that benefit patients. For more information, please visit einsteinmed.org, read our blog, follow us on Twitter, like us on Facebook, and view us on YouTube.

About Montefiore Health System
Montefiore Health System is one of New York’s premier academic health systems and is a recognized leader in providing exceptional quality and personalized, accountable care to approximately three million people in communities across the Bronx, Westchester and the Hudson Valley. It is comprised of 10 hospitals, including the Children’s Hospital at Montefiore, Burke Rehabilitation Hospital and more than 200 outpatient ambulatory care sites. The advanced clinical and translational research at its medical school, Albert Einstein College of Medicine, directly informs patient care and improves outcomes. From the Montefiore-Einstein Centers of Excellence in cancer, cardiology and vascular care, pediatrics, and transplantation, to its preeminent school-based health program, Montefiore is a fully integrated healthcare delivery system providing coordinated, comprehensive care to patients and their families. For more information, please visit www.montefiore.org. Follow us on Twitter and Instagram and LinkedIn, or view us on Facebook and YouTube.