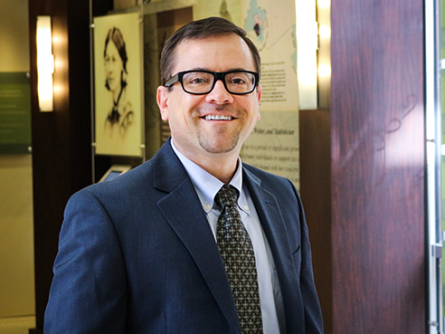 Newswise — BIRMINGHAM, Ala. – University of Alabama at Birmingham School of Nursing Professor David Vance, Ph.D., has received a five-year, $2.86 million R01 grant from the National Institute of Mental Health for a study to determine whether quality of life of middle-aged and older adults with HIV can be improved by enhancing cognitive functioning through speed of processing training.

This NIH randomized clinical trial will compare the processing speed, the ability to perform simple, repetitive cognitive tasks quickly and fluently, of 264 adults 40 and older diagnosed with HIV-Associated Neurocognitive Disorder — or HAND — over a period of time after they have completed a period of computer-based cognitive training.

“We know that more than 50 percent of those with HIV experience some cognitive impairment due to its inflammatory process on the brain,” Vance said. “We also know that speed of processing is a cognitive ability we can change. We have verified that in many other studies. That’s why we are focusing on it in particular. It is an important linchpin of all the other cognitive and everyday functioning outcomes, and if we can improve it, maybe we can improve others as well.”

The results of the Advanced Cognitive Training for Independent and Vital Elderly, or ACTIVE, study involving more than 2,800 volunteers indicated that the effects of training to improve cognitive abilities in older people with average age of 74 lasted up to 10 years in some instances after the training was completed. Vance reasons that adults with HIV, who may be cognitively vulnerable at an earlier age, could benefit from such training as well.

“We are concerned that those people who are experiencing HAND at even earlier ages may have greater problems further down the road,” Vance said. “Since speed of processing training is so effective in older adults without HIV, I thought we should try it for adults with HIV as well. We want to try to find an effective intervention to give them that may help as they grow older.”

Vance will rely on Posit Science Insight, an updated version of the same computer software used in the ACTIVE study, for his controlled trial. The therapeutic video games it offers are specifically designed to improve visual speed of processing and visual attention.

Participants will come to a computer lab at UAB’s Edward R. Roybal Center for Transitional Research in Aging and Mobility for sessions of a prescribed length and regularity over the course of a 10- to 12-week period. Depending on their group, the participants will work with the Insight software or be given basic Internet-related tasks to complete.

Those who play the Insight “brain” games will, for instance, be shown a photo for a few milliseconds and then be asked if there was a car or truck in the middle box. If they answer correctly, they might be asked if they saw an object outside the box as well and, if so, instructed to touch the screen where they saw it. If they continue to answer correctly, the questions will come faster, while an incorrect answer will slow the system down until they can achieve a 75 percent success rate.

“Dr. Vance’s previous program of research has led to improvements in cognitive function and quality of life for persons living with HIV-Associated Neurocognitive Disorder,” said Doreen C. Harper, Ph.D., dean of the UAB School of Nursing and Fay B. Ireland Endowed Chair in Nursing. “His research on this project should also offer promise for those living with other chronic conditions that affect cognitive function.”

The study, Vance believes, is only the third of its kind to focus on the cognitive training of older adults with HIV and the first that will be longitudinal in nature. The first two years will be spent in recruiting and the last three in training, assessment and, he hopes, action.

“We have been documenting for years all the cognitive problems that people with HIV experience as they age,” Vance said. “Now it’s time we should be doing something about it.”