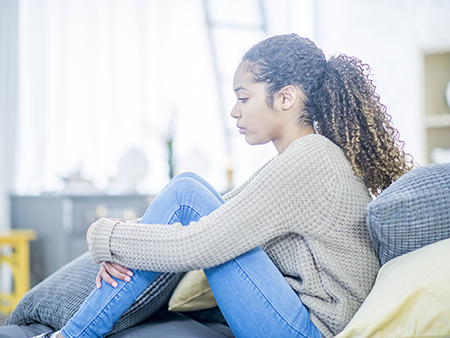 Newswise — BIRMINGHAM, Ala. – Being young is tough.

Adolescence is a time of tremendous change, when young people experience rapid and intense physical, mental and social growth. It is when teenagers begin to establish their identity and independence, and explore and experiment with new places, people and activities. All of this change is important for healthy development, but one possible downside is that it can put some young people at risk of harm.

As teens start spending more time in school, with friends and out in their neighborhoods, they are exposed to more chances to engage in, or be on the receiving end of, problem behaviors. One particularly troubling problem behavior is that teens are more likely than either younger children or adults to be the victims of violence. And this victimization can have long-term, life-altering consequences.

Although research in criminology has long shown that violent victimization is linked to things like depression, anger and aggression, substance use, and violent offending, a new study by the University of Alabama at Birmingham finds that victimization in adolescence has another surprising consequence: risky sexual activity.

The study authors, Tara Warner, Ph.D., associate professor in the Department of Criminal Justice, and David Warner, Ph.D., associate professor in the Department of Sociology, note that sexual activity is a normal part of late teenage development. For instance, according to data from the National Survey of Sexual Health and Behavior, among 18- to 19-year-olds, 63 percent of males and 64 percent of females report that they have engaged in sexual intercourse. However, adolescent sexual activity shifts from normal to problematic when it involves sexual risk-taking. That is, when it occurs earlier than average, it involves multiple partners, and/or there is a lack of regular contraceptive — for example, condoms or hormonal birth control use.

Understanding the sexual activity of teenagers is important, because teens who are having sex earlier than their peers are more likely to engage in other troubling behaviors. These include alcohol and drug use, and running away from home. These teens also have more sexual partners and use condoms less consistently, which increase their risk of contracting a sexually transmitted infection and/or having an unplanned pregnancy.

Here is where victimization matters. “We know that victimized youth often turn to drugs or aggressive behavior as a means of coping,” Tara Warner said. “But victimization also damages self-esteem and trust. And victimization during adolescence, when teens increasingly depend on the acceptance and support of peers, might also lead some victims to seek out sexual intimacy as an additional or alternative coping mechanism.”

Using survey data from the National Longitudinal Study of Adolescent to Adult Health, the Warners explored whether victimized youth started having sex sooner, had sex with more partners and used protection less often than peers who had not been victimized.

The study examined serious types of victimization, such as having a weapon pulled on them, being cut, stabbed or shot, or being jumped in the past year. This captures what criminologists often refer to as “street” violence, and was reported by about 13 percent of the youth studied. The results showed that youth victims of violence began having sex sooner, and because of that, they also had more sexual partners and used protection somewhat less frequently.

Specifically, the study finds that it is late adolescent victims — those who were victimized after age 14 — who are especially at risk of starting sex sooner. Victims age 14 and younger were actually less likely to start having sex. That is, they appeared to withdraw from intimate relationships and instead, as the study also showed, engage in other violent and deviant behaviors to cope.

“Adolescence is such an important developmental stage,” said Tara Warner. “We show that being victimized during this time has far-reaching consequences that play out in different ways for younger and older teen victims.”

The authors argue that parents, teachers and other care providers should be on the lookout for some potentially unexpected ways teens may try to cope with violence. “Sexual activity for teens is normal,” said David Warner, “but when teens turn to these behaviors before they are emotionally or socially ready, it can be harmful.”

The study, “  and Problematic? The Consequences of Youth Violent Victimization for Adolescent Sexual Behavior” is forthcoming in the Journal of Developmental and Life Course Criminology.