Study: While Painful, Surge Pricing Is Still a Good Deal 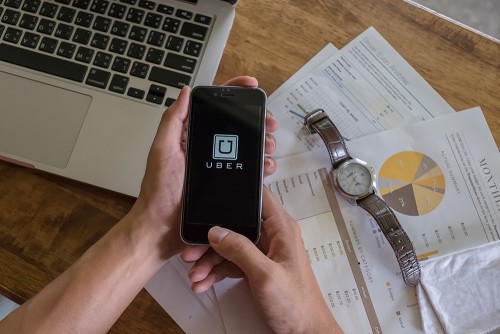 Recent research from Olin Business School shows that the surge pricing model seen in ride-sharing services can actually benefit both drivers and customers.

Newswise — Around New Year’s, many people will arrange safe, sober rides utilizing services such as Uber. However, customers might suffer sticker shock when it’s time to book those rides: The platform is known for its surge pricing at peak-demand times, such as the holidays.

New research from Washington University in St. Louis’s Olin Business School shows despite those price hikes (and the grumbling that often accompanies them), all stakeholders — workers and consumers — can benefit from surge pricing in such ride-share services as Uber and Lyft.

“We wanted to understand how Uber uses prices that vary with demand. Since drivers decide for themselves when they drive, price in this setting influences not only the firm’s margin but also the number of drivers out on the road serving customers,” said Kaitlin Daniels, assistant professor of operations and manufacturing management at Olin.

In the research, recently published in Manufacturing & Service Operations Management, Daniels and her co-authors — Gérard Cachon, professor at the Wharton School of the University of Pennsylvania, and Ruben Lobel, former assistant professor at Wharton now in the private sector — used analytical modeling to study surge pricing and its effects.

Their results demonstrate that consumers can benefit from surge pricing. They find this is the case when a market isn’t fully served by traditional taxis when demand is high. In short, if you can’t find a cab on New Year’s Eve, Daniels’ research says you’re better off with surge pricing.

This result might seem counterintuitive for the consumer shelling out infrequent but frustrating fee increases. Daniels says it’s important to keep the big picture in mind.

“Because taxis charge fares that are independent of demand for rides, they experience one of two possible inefficiencies. Either taxis fail to satisfy peak demand, or many taxis idle during times of normal demand. Drivers can only tolerate so much idleness because they are paid per ride, so in many cases taxis opt for the former inefficiency over the latter.

“In this case, surge pricing allows service to expand during peak demand without creating idleness for drivers during normal demand. This means that more peak demand customers get rides, albeit at a higher price. This also means that the price during normal demand settings drops, allowing more customers service at these normal demand times.  The net effect of the expansion of service — the increase of the peak price, and the decrease of the regular price for consumers — is positive.

“The bottom line is, if on New Year’s you can’t find a cab and get stuck with a huge surge, don’t resolve to boycott services including Uber.  Instead, take advantage of their low base price for everyday use, and in the end you should come out ahead.”

Daniels may be reached for interviews at [email protected]