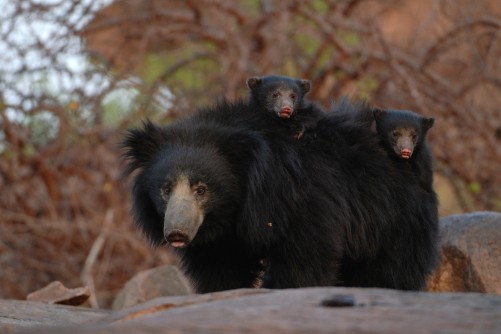 Newswise — A new study from the Wildlife Conservation Society-India Program, the Centre for Wildlife Studies, and the University of Florida-Gainesville, shows that cost-effective “sign surveys” can be used to reliably monitor animal distributions in the wild.

The authors believe this finding has important implications for conservation as sign surveys offer a cheaper data source for occupancy models compared to direct detection methods.

Occupancy models are used to assess where species occur and why, and the status of rare and threatened wildlife to guide conservation interventions. To estimate detection probability, these models can use field data from direct sightings of animals or from camera trap photo “captures”. Such direct surveys, however, involve greater cost and effort. Wildlife scientists therefore often opt to employ surveys of animal signs such as scat or tracks which are more abundant and easier to find.

The study, which is based on data from a long term ecological study of tigers led by WCS scientist Dr. Ullas Karanth, provides the first rigorous comparison of two different methods (sign surveys and camera trap survey) to estimate proportion of habitat occupied by sloth bears in a 754 km2 area around Bhadra Tiger Reserve in India.

“The bears, which are solitary animals endemic to southern Asia, were chosen as a study species because they offer clear advantages in ensuring no false positive detections,” said Arjun Srivathsa, lead author of the paper. ”Photo-captures of sloth bears and from camera-trap surveys and indirect signs of the species are unmistakable.”

Occupancy estimated from sign surveys of fresh scat and tracks made by sloth bears along forest-trails were compared with camera trap captures of bears. Both sources of data produced nearly identical results. About fifty-seven percent of the area was found to be occupied by sloth bears and this habitat choice was shown to be governed by forest cover and type and terrain ruggedness.

"This study demonstrates the importance of using rigorous statistical methods in surveys of rare and elusive species to optimize the quality of results as well as efficiently use substantial investments being made in such surveys now," said Karanth, who coauthored the study.

“Substituting space for time: Empirical evaluation of spatial replications as a surrogate for temporal replication in occupancy modelling, “appears in the current edition of the Journal of Applied Ecology. Co-authors include: Arjun Srivastha of the Wildlife Conservation Society-India Program (WCS-India), The Center for Wildlife Studies in Bengaluru, India (CWS), The School of Natural Resources and Environment at the University of Florida, Gainesville (SNRE),and The Department of Wildlife Ecology and Conservation, University of Florida, Gainesville (DWEC); Mahi Puri of WCS-India, CWS, and DWEC; N. Samba Kumar of WCS-India, and CWS; Devcharan Jathanna of WCS-India; and K. Ullas Karanth of WCS-India, CWS, WCS, and the National Center for Biological Sciences, Bengaluru, India.

WCS’s collaboration on this initiative was made possible by the Liz Claiborne and Art Ortenberg Foundation.