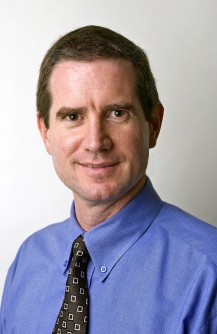 The work will advance basic understanding of muscle function and should lead to new drug therapies for individuals with fatigue that greatly limits physical function and quality of life, including the 5.7 million Americans living with chronic heart failure.

Medical researchers and physiologists believed for a long time that heart failure, a syndrome or collection of symptoms, involved only cardiac muscle, Debold points out. But in the late 1980s, they were surprised to find that function of skeletal muscle is also compromised and is much more susceptible to fatigue, he explains. “So for affected individuals the simplest tasks around the house become extremely arduous.” It makes sense to study the basis of skeletal muscle function, he adds, “because if we can reduce the fatigue, we could enable them to live independently longer and increase activity levels, which can improve their long-term prognosis.”

Muscle fatigue of this type is like a car engine with a bad exhaust system, unable to get rid of waste products, the physiologist says. By-products of metabolism build up inside the muscle cells and inhibit its ability to contract. “Our understanding of muscle fatigue is currently limited by our inability to directly observe this process at the molecular level,” Debold says. “The really exciting aspect of this project is that it will overcome this limitation by using the latest technologies to directly visualize and characterize the process of muscle fatigue at the single-molecule level.”

He and colleagues are experts in the use of a single molecule laser trap assay, which enables them to directly observe the nanoscale motions of myosin, the protein that makes muscles contract.

Debold, who built the laser trap assay at UMass Amherst, says, “We’re one of only a handful of labs in the world who have an instrument capable of making these measurements. The techniques are new, so no one has addressed the mechanisms of muscle fatigue in quite this way, using the laser trap assay. It should help us to figure out why a muscle stops working during fatigue.”

To do these experiments the lab initially isolates the 20-nanometer size muscle protein myosin (one million times smaller than a millimeter) from skeletal muscle tissue. They will then mimic the conditions of fatigue in a test tube and directly observe the impact on myosin’s ability to generate force and motion.

One of the basic ideas to be tested is how and why the presence of metabolites act to slow the velocity of contraction in fatigued muscles. A second aim is to understand how these same metabolites disrupt the regulation of muscle contraction, specifically why a separate set of muscle proteins, tropomyosin and troponin, become less sensitive to their molecular trigger calcium.

Debold explains, “We believe this process is disrupted during fatigue and muscles become less sensitive to calcium, the ion released in muscle cells in response to stimulation from a nerve. This means that even though your brain is telling the muscle to contract strongly, you get less force because the muscle doesn’t respond as well to the signal from the brain.”

In a later phase of the project, Debold and his colleagues will partner with pharmaceutical companies to begin to translate their new knowledge about muscle fatigue by testing several drugs that target the contractile proteins myosin and troponin to enhance their function under fatigue like conditions. This represents a crucial first step in the translation of this knowledge from the lab bench to the patient’s bedside.

This is a highly collaborative project that also involves labs at Penn State Medical Center where Chris Yengo, an expert in myosin structure and function, will analyze the impact of the fatiguing metabolites on the “clock-like” internal motions in the myosin molecule. In addition, Jonathan Davis at Ohio State University, an expert in muscle regulatory protein structure and function, will help the Debold lab identify the structures and processes in troponin that cause muscle to be less responsive to activation during fatigue.