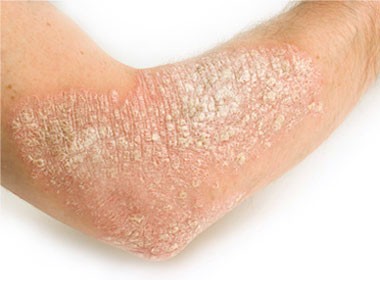 Newswise — Sun exposure is usually discouraged due to harmful rays causing skin cancer and premature aging but for the 7.5 million Americans suffering from psoriasis, the sun is a natural medication.

“The sun is one of the best treatments for psoriasis, so in summer I encourage my patients to sit out on the deck and give their affected areas a good sun bath,” said Julie Moore, MD, dermatologist at Gottlieb Memorial Hospital, part of Loyola University Health System. “Twento to thirty minutes is adequate to improve the skin; you do not need to sit out for hours.” The ultraviolet rays in the sun are beneficial to the irritated skin.

Psoriasis is caused when the immune system mistakes normal skin cells for pathogens and reacts by creating an overproduction of skin cells. “Psoriasis is the most prevalent autoimmune disease in America,” says Moore. “There is no cure for psoriasis and it is a life-long condition that flares up and calms down due to stress, illness and unknown factors.” Total direct and indirect health care costs of psoriasis for patients are calculated at $11.25 billion annually, with work loss accounting for 40 percent of the cost burden, according to the National Psoriasis Foundation. Approximately 60 percent of psoriasis patients missed an average of 26 days of work a year due to their illness.

“Psoriasis is much more than a cosmetic concern; it is often painful, difficult to heal and can be disfiguring,” says Moore, who has practiced dermatology for more than 20 years in the Chicago area.

Dr. Moore has the following facts about psoriasis to share:

• Psoriasis can occur anywhere on the body from the scalp to the bottoms of the feet and even under fingernails and toenails.

• Psoriasis is often the most stubborn on hands and feet. One of Dr. Moore's most troublesome cases was an older gentleman. “He had severe psoriasis on his thumb and the top of his index finger, exacerbated by regular use of a lighter when igniting his pipe,” said Moore. “Hands and feet are in constant use and subject to friction from movement which aggravates psoriasis even more if present in these areas.”

• “Although it is natural to want to 'pick' off the scaling or rough patches caused by psoriasis, this is actually one of the worst things you can do,” says Moore. “There are many creams that can be used to dissolve scale and promote healing.”

• Contrary to popular belief, psoriasis does not usually itch.