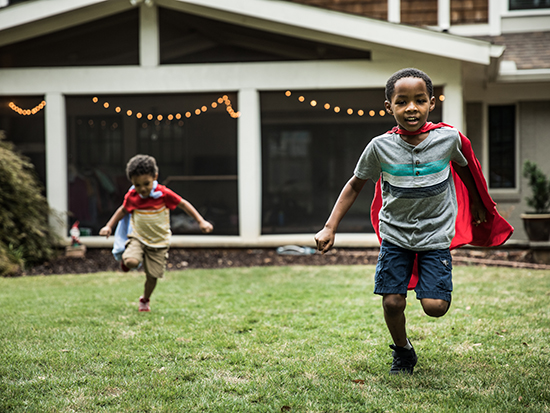 Newswise — When thinking of superheroes, thoughts of masks, capes and superpowers may come to mind. For children, superheroes in shows and movies could teach bravery and courage, but two University of Alabama at Birmingham researchers are studying whether they could also be related to increased risk of injuries in children.

David Schwebel, Ph.D., director of the UAB College of Arts and Sciences’ Youth Safety Lab, and Casie Morgan, M.A., graduate research assistant in the UAB Department of Psychology, are leading the study, “Superhero media and risk-taking: Is Superhero play a risk factor for unintentional injury in preschool-aged children?” They hope to reveal whether consumption of superhero media and imitation of superhero characters might cause children to think that — just like superheroes — they too are invincible.

“This research is important because youth unintentional injuries or accidents are a major public health crisis,” Morgan said. “According to the CDC, about 1,400 American children ages 1 to 5 are killed by injuries each year, and another 1.7 million are seriously hurt.”

Each group will participate in the same four behavioral tasks:

Through the research, Schwebel and Morgan plan to study:

“This area of research is able to target a particular area of injury risk — play behavior — for young children,” Morgan said. “We hope our research can help with injury prevention efforts for preschool-age children during play.”