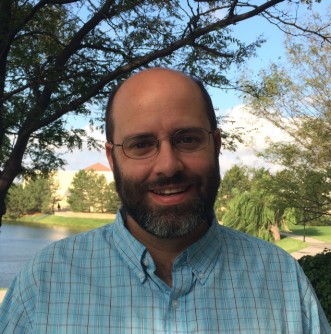 Life tenure for Supreme Court Justices, combined with increasing partisan polarization, is a toxic combination that is poisoning our democracy.

Soon after Associate Justice Anthony Kennedy announced his resignation, President Donald Trump said “We have to pick a great one, we have to pick one that's going to be there for 40 years, 45 years.” While this statement will likely be a talking point for Democrats who oppose Judge Brett Kavanaugh, Trump’s -53-year-old nominee for Kennedy’s seat, it also accurately describes the way Supreme Court nominees are currently chosen.

Supreme Court nominations have become a way to preserve a party’s policy positions even after those policies cannot command a majority of voters in national elections.  This practice is good for the party that has the Presidency when a vacancy occurs, and wonderful for relatively young lower-court judges who have a record that predicts ideological purity on the Court.

But it is bad for our democracy in general. It creates incentives for Senate leaders to use all means available to block nominees from the President of the other party, and to then push through the most conservative (or liberal) nominee possible. The norms of democracy and civility have not withstood such pressure, as shown by the unwillingness of Senate Republicans to grant President Obama’s nomination of Merrick Garland a vote.

One way to lower the temperature in Washington would be to lower the stakes of Supreme Court nominations. Judicial independence does not require a Justice serve as long as they live (or decide to retire after decades of service), but only that they are not susceptible to removal by a President or Congress.

Eighteen years is not the only number that would work, but it would have the advantage of ensuring that every President would get at least one appointment during their term. Thus we would avoid situations like in Democrat Jimmy Carter’s only term or Republican President George W. Bush’s first term, where a democratically-elected President had no appointments. A long, but defined term would also increase the likelihood that qualified potential appointees in their 60s would be considered.

The extreme partisanship of our current nomination politics makes such a proposal highly unlikely to even get a vote in either house of Congress, let alone enough support to begin the necessary process of constitutional amendment. But de-escalation must start somewhere, and ideally with the actions of a President or Senator.

Kansas Senators Pat Roberts and Jerry Moran, while loyal Republican partisans throughout their careers in elected office, are ideal candidates to start a conversation on reform of the Supreme Court nomination process.  Neither one is in electoral danger, with Moran overwhelmingly reelected in 2016 and Roberts serving what is likely his last term. They could both withstand the pressure that would surely come from questioning the wisdom of the current nomination process when their party is on the verge of locking in their desired policy positions for a generation or more.

If either Kansas Senator would use their leverage in the current 50 Republican/49 Democrat Senate, they could at least secure a pledge from Majority Leader McConnell to schedule debate after the November elections on nomination reform. It is in their long-term interest, and the interest of Kansans in general, to reduce the level of partisanship on judicial nominations.

The Democratic Senators that are excluded from the nomination process will be less likely to collaborate with Senator Roberts on agriculture issues. When Senator Moran continues his fight to preserve rural Post Offices, he will need the help of Democratic Senators who also represent states with large rural populations.

Scorched-earth politics on nominations will not be contained to just Supreme Court nominations, but will continue the degradation of the personal relationships that are crucial to good-faith negotiation across party lines.  Senators Roberts and Moran would be wise to consider how to preserve the Senate as a broadly-representative governing institution, instead of continuing the destruction of bipartisan norms.