Surgery for Epilepsy: Underused and Overhyped

Brain surgery is the best chance of curing some common types of epilepsy. Yet most people with epilepsy are never referred for a surgical evaluation. Also, there may be so many surgical centers in some countries that each one isn’t performing enough procedures to gain proficiency. Christian Elger (University of Bonn) and John Duncan (University College London) discuss challenges and solutions for the future of epilepsy surgery. 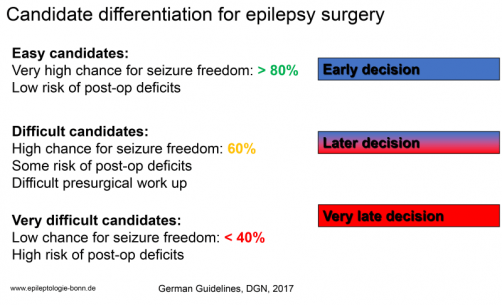 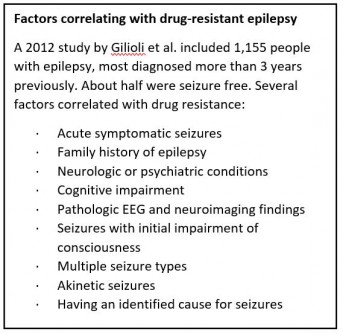 Newswise — Most people with epilepsy are given medication to stop the seizures. About one-third of the time, though, the drugs don’t work. In some cases, epilepsy surgery can end seizures by removing the “misfiring” brain tissue, from which the seizures originate. Though not everyone is a surgical candidate and there can be side effects and complications, epilepsy surgeries have success rates of 80% or more in a carefully selected subset of patients.

Several studies have shown the benefit of surgery. The Early Randomized Surgical Epilepsy Trial (ERSET) included 38 adults with mesial temporal lobe epilepsy who had tried and failed two AEDs. All were surgical candidates. One group underwent epilepsy surgery; the other continued medical therapy. In the second year of follow-up, 85% of the surgery group was seizure free, compared with 0% of the medical group. Data also indicated improvements in quality of life and access to socialization and driving for those in the surgery group.

“If we can do surgery and produce a cure, why don’t we do it whenever we can, as early as we can?” asked Christian Elger, professor of epileptology and the director of the Department of Epileptology at the University of Bonn, who was not a part of the ERSET study.

Though epilepsy surgery is invasive and not without risk, it offers the opportunity for seizure freedom, as well as freedom from AED side effects if medications can be subsequently discontinued. In the long run, surgery can save money: One study found that brain surgery for epilepsy became cost effective 9 or 10 years after surgery, or even earlier if indirect costs (such as employment) were taken into account.

Guidelines suggest that if seizure freedom isn’t achieved after trying two anti-epileptic drugs (AEDs), surgery should be considered. It should take no more than 5 years to reach this referral point, said Elger. And, he noted, surgery also is an option for some people whose seizures are well controlled with medication. Yet most people are never evaluated. In the United States, only 1% of people with epilepsy ever are referred to an epilepsy surgery center for evaluation.

Using conservative numbers, Elger concluded that 90,000 Germans have drug-resistant epilepsy, but fewer than 500 epilepsy surgeries are performed in Germany each year.

The delay between epilepsy diagnosis and a surgical referral exceeds 20 years in adults. That means most adults with epilepsy spend decades managing their condition, without knowing whether surgery could cure it.

The concept of brain surgery is daunting, and concerns and fears about complications may certainly keep patients and referring physicians from exploring the option. However, complications stemming from recurrent seizures are actually more common than those stemming from surgery.

The best candidates for surgery have an 80% or greater chance of seizure freedom, said Elger, and even the most difficult candidates still have about a 40% chance. Surgery may be the treatment of choice in certain groups of patients, such as those with focal cortical dysplasia type IIb.

Learning more about drug resistance is also crucial to identifying which patients may benefit from surgery, said Elger. Certain types of epilepsy may be more responsive to AEDs, while others may indicate surgery sooner rather than later (see box, "Factors correlating with drug-resistant epilepsy").

Referrals for surgery take too long and don’t happen enough, agreed John Duncan, University College London. However, he said, surgery is less successful and has more long-term complications than many would like to admit.

“Overall, surgery has a two-thirds chance of making somebody better,” said Duncan. “There’s been a lot of growth in epilepsy surgery, and that’s a good thing – as long as the quality is maintained.”

Growth and investment in epilepsy surgery centers may have led some to feel pressure to deliver high patient numbers, said Duncan, in order to justify the investment.

Candidacy is determined through video EEG recording, magnetic resonance imaging, and other tests. Surgery is usually an excellent option for curing mesial temporal sclerosis and focal cortical dysplasia. It’s also an option for other types of epilepsy, but each patient must be evaluated individually. Fewer than half of people with epilepsy are candidates for surgery, and in some cases, excellent surgical candidates may forgo the operation for their own reasons.

The most optimistic surgery results are in people with hippocampal sclerosis, said Duncan: 82% are seizure free one year after surgery. But overall, only 41% of people who undergo surgery are seizure free in the long term.

Why such a low percentage? “Either we are removing the wrong part of the brain, not removing all of the right part, or operating on the wrong patients,” he said.

Elger and Duncan suggest that a center should perform 60 to 100 surgeries per year in order to gain proficiency. Most centers perform far fewer than that.

Duncan also suggested that certain adverse effects of surgery, such as anxiety and depression, may be underreported and underemphasized. These psychiatric consequences can affect 12% to 18% of patients. And some side effects may be more common in some types of epilepsy. When the dominant temporal lobe is resected, for example, verbal memory is significantly impaired about 30% of the time, and 50% of patients have significant word-finding difficulties.

Duncan encouraged increased referrals for surgical evaluation, with the understanding that the surgical evaluation pathway is not linear and that less than half of currently referred patients are surgical candidates. In the course of the evaluation, it is important that the patients know what their chances for seizure control are and what the risks are for complications.

“Referring for surgery is not the same as doing surgery,” he said. 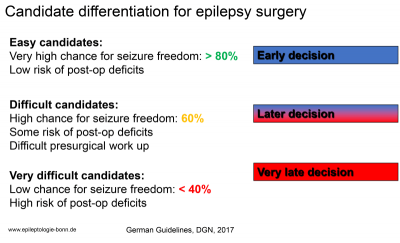 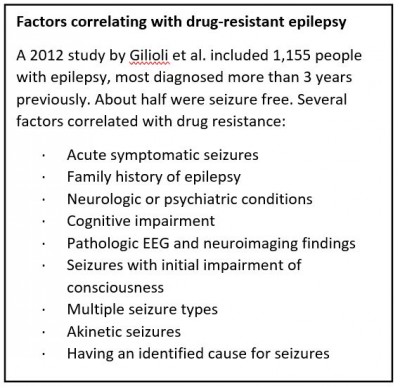