Figure 1: The figure on the left represents the group of patients who had reinnervation of the muscles around the eye in addition to the traditional static procedures, which include insertion of a gold weight in the upper eyelid and support of the lower eyelid. The cornea in these patients is less stained, representing less injury. The figure on the right represents the group of patients who had only static procedures performed on their eyelids. As depicted in the inset, the cornea in these patients stains significantly more, representing increased corneal injury. 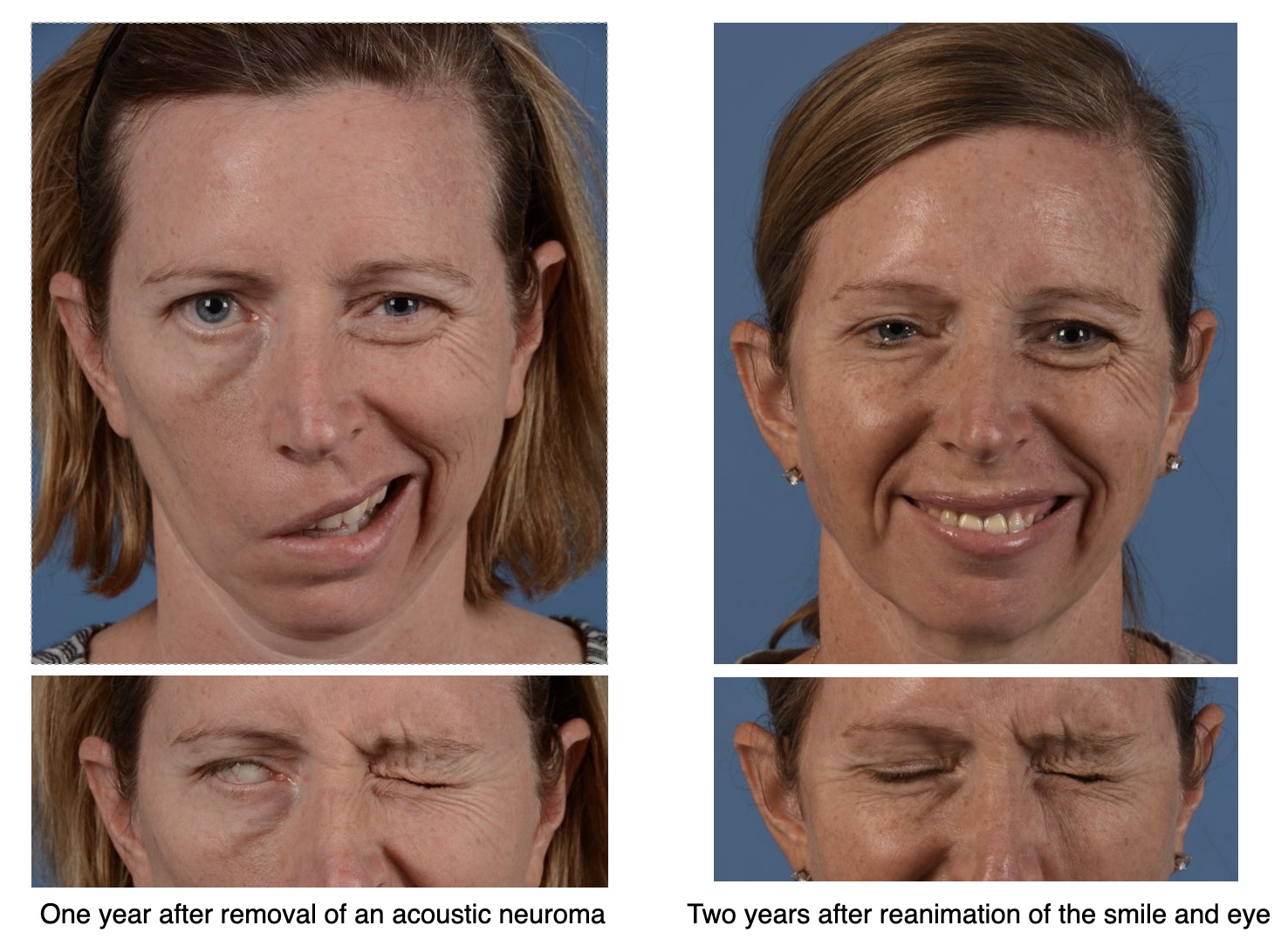 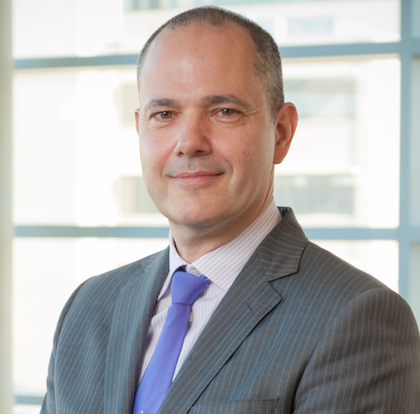 Newswise — DALLAS – July 21, 2020 – Surgeons at UT Southwestern have developed and analyzed the benefits of a cutting-edge technique that provides patients with facial paralysis the ability to close their eyes. They concluded that the surgery – which is only performed at a handful of institutions around the world, including UTSW – not only allowed patients to blink and voluntarily close their eyes, but also protected them against the progressive damage to the cornea that’s typically seen with facial paralysis.

The procedure, described in a March 2020 cover article in the journal Plastic and Reconstructive Surgery, involves reinnervating the muscles around the eye that allow eye closure via a combination of techniques. The new research demonstrated that patients not only could close their eyes faster and more completely but also exhibited improved protection of the cornea. In addition, researchers showed that patients who most benefit from this approach are those with facial paralysis for less than 18 months.

“Seeing patients early after the injury is very important. Many patients will improve on their own, but for those who don’t, time is critical. Loss of time means loss of muscle, and at a certain point, this loss is irreversible. Therefore if we reach these patients early enough, we can reroute or rewire some of these nerves, and actually save the muscles around the eye and restore function,” says study leader Shai Rozen, M.D., professor and vice chairman of research and development of plastic surgery at UTSW. “There’s this window of opportunity that we really want patients and physicians to be aware of.”

Facial paralysis has a number of causes – trauma, head and neck cancers, complication from a viral infection, and Bell’s palsy are the most common. One of the most difficult challenges patients with facial paralysis have is the inability to close their eyes; this may lead to irritation and subsequent scarring of the corneas – the eyes’ outer layer covering the pupil – since they can’t be protected or moistened by the eyelids.

“Traditionally, surgeons have tried to prevent this eye damage by implanting gold or platinum weights to the upper eyelid and lifting the lower eyelid, allowing patients passive closure of their eyes,” Rozen says. “This is an excellent technique that we continue to use and provides protection mainly at night but less so during the day, when even the slightest wind or air conditioning will cause dryness and discomfort. Restoring function to the muscles provides patients the ability to blink or to quickly shut their eyes in a more voluntary and sometimes even reflexive way.”

Rozen has specialized in the area of facial paralysis for 13 years at UTSW. In the past seven years, he and his colleagues at the medical center started looking for additional solutions for eye closure in facial palsy patients and further developed this approach – reinnervation of the orbicularis oculi muscle, in which surgeons reconnect or guide nerves back into the muscles around the eye. They’ve now performed the surgery on more than 40 patients at UTSW.

For the new research, Rozen compared the outcomes of 11 UTSW facial paralysis patients who received the newer surgery, and 16 who only received the typical gold weights in their eyelids. All patients were continuously evaluated and monitored for several years after their surgery using photos and videos, allowing accurate measurement of motion and speed of eye closure. In addition, corneal eye exams were performed by Jeremy Bartley, M.D., a corneal expert and an assistant professor of ophthalmology at UTSW, who is also co-author on this study.

Moreover, tests of the cornea showed a significant difference. Patients who had received the muscle reinnervation surgery had 67.9 percent less corneal damage.

“By giving patients the ability to blink and to voluntarily close their eyes, they can much better protect their eyes during the daytime,” Rozen says.

“After a muscle has not been stimulated for about 18 months, it becomes much harder – and eventually impossible – to restore its function,” he adds. “That means there’s a brief window of opportunity where we can make a difference for patients.”

Rozen hopes that awareness of the importance of early intervention spreads among patients – as well as among other physicians and caretakers who often see facial paralysis cases – so that more people are conscious of this option and consider it.

“A lot of people think or are told they should wait a few years and see if anything improves,” he says. “But I’d like them to not wait so long. If patients don’t see any motion after six months, being seen and discussing different options may result in great benefit in the long run.”

Other UTSW researchers who contributed to this study were Ahneesh Mohanty, Justin Perez, Austin Hembd, and Nikhitha Thrikutam.

Caption: Figure 1: The figure on the left represents the group of patients who had reinnervation of the muscles around the eye in addition to the traditional static procedures, which include insertion of a gold weight in the upper eyelid and support of the lower eyelid. The cornea in these patients is less stained, representing less injury. The figure on the right represents the group of patients who had only static procedures performed on their eyelids. As depicted in the inset, the cornea in these patients stains significantly more, representing increased corneal injury.