Newswise — The Arctic tern—which has the world record for the longest annual migration—uses just a few select routes, a key finding that could help efforts to conserve the species, according to a new University of British Columbia study.

Globally, Arctic terns are declining and their wide geographical range has posed a challenge for researchers hoping to see where different tern colonies bottleneck when they migrate.

“We don’t have a more far-ranging animal. They are an indicator species that can tell us so much about the different ecosystems that they travel through,” said Joanna Wong, the study’s lead author and a graduate of the Institute for the Oceans and Fisheries (IOF) master’s program at UBC. “If they don’t make it to their destination one year, then you know there might be an environmental problem somewhere along their route.”

The birds are culturally significant for Inuit people, who use their eggs for food and rely on the small, white birds as indicators of environmental conditions and wildlife presence.

While the bird’s migration patterns have been tracked in Europe, no study had been done on Arctic terns in Canada, notes Wong, even though Canada is an important breeding spot for the species.

Each year, they breed and nest in areas across Northern Europe and North America before journeying southward to forage in Antarctic waters, covering during the year an estimated 70,000 kilometres or more.

“We don’t know exactly what kills terns,” said Dr. Marie Auger-Méthé, an assistant professor at the IOF and co-author of the study. “However, because all terns share only a few routes, a human created barrier on one of these routes—such as a spot with lots of fishing or a wind farm—is likely to affect a very large portion of the world’s Arctic terns.”

Migration routes known as “flyways” have been mapped for many land birds, but nothing currently exist for seabirds like the Arctic tern.

“My only expectation for this study was to get a clearer picture of Canadian Arctic tern migration,” says Wong. “But when we compared our results to other tern tracking studies, it was crazy that there was such a similarity between all of them. It was a pattern that we couldn’t just ignore.”

Researchers from UBC, along with eight other universities and research groups from Canada, the U.S. and Germany collaborated to capture birds, place trackers on them, set them free, await their return and analyze an unprecedented amount of collected data.

When migrating south, researchers found that almost all Arctic terns took one of three routes: two along the Atlantic Ocean and one along the Pacific Ocean.

However, when they migrated north, terns stuck to one of two routes: one Atlantic and one Pacific.

On their southbound journeys, they stayed closer to the coast whereas on their northbound routes, they flew over the middle of the ocean.

“It’s clear that food is a huge driver when they take the coastal routes. It makes sense because they’re leaving after breeding, where they use a lot of energy,” explains Wong. “The northbound journey is influenced by wind. They want to get back to breeding spots as soon as possible because there’s a lot of competition for the best nesting spots.”

Based on their findings, the study’s authors suggest the assessment of seasonal “mobile marine protected areas” as tools to help conserve Arctic tern populations and shield them from human-related impacts on habitat during the times of year when terns pass through. Identifying seabird flyways could help conserve many other species as well. 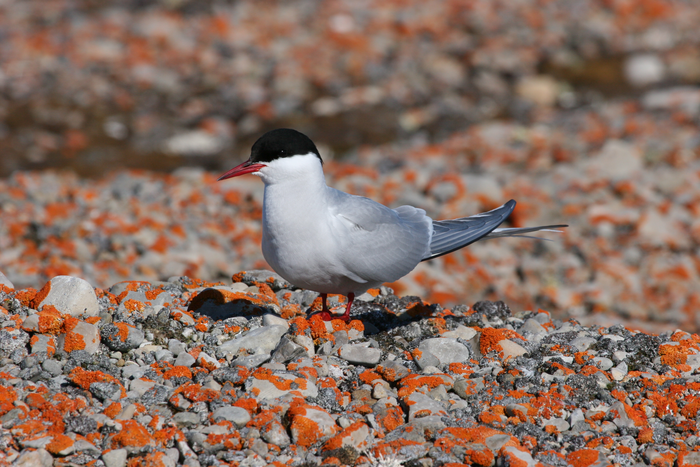 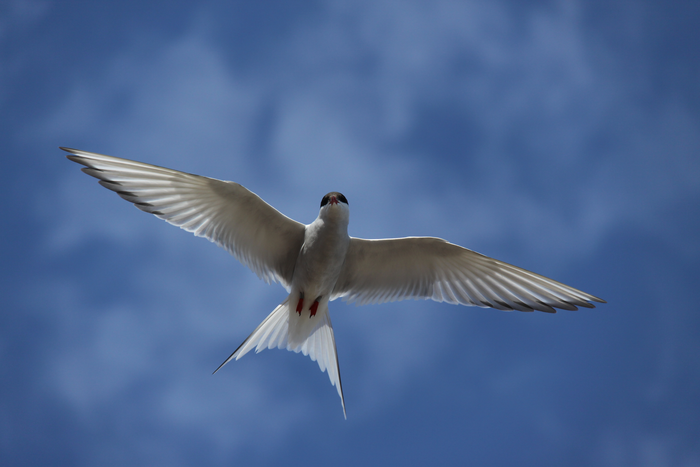 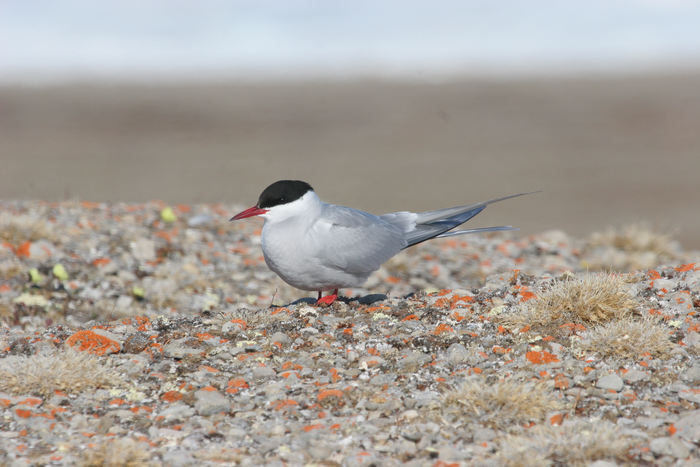 Caption: Each year, Arctic terns breed and nest in areas across Northern Europe and North America before journeying southward to forage in Antarctic waters.