Survey: Nearly 60 Percent of Seniors Use Cell Phones While Driving 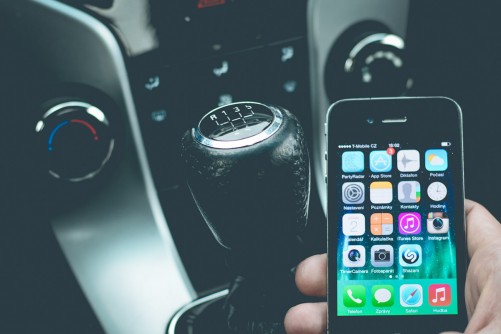 Newswise — The distracted driving habits of young drivers have received a lot of media attention, with reports of Snapchatting, tweeting, texting and other dangerous behaviors. However, there has been a lack of data on whether seniors also engage in these behaviors behind the wheel.

With April designated as National Distracted Driving Awareness month, a team of researchers at the Training, Research and Education for Driving Safety (TREDS) program at University of California San Diego School of Medicine has released survey results describing the habits of senior drivers in California.

The survey represented 397 anonymous adults, age 65 and older, assessing the relationship between their driving habits and potential distraction behaviors. Eighty-two percent of participants owned a smartphone.

“The survey results found older adults are driving distracted less than their younger counterparts, but are still engaging in this dangerous behavior,” said Linda Hill, MD, MPH, professor in the Department of Family Medicine and Public Health at UC San Diego School of Medicine. “Of those senior drivers who have a cell phone, 60 percent of them speak on the phone while behind the wheel, and seniors with a skewed sense of their multi-tasking abilities are most likely to engage in this behavior.”

Some older drivers suffer from medical conditions that reduce their ability to drive safely, such as vision deterioration, frailty and cognitive impairment. Additionally, some medications can cause side effects that impair driving skills. Older drivers may also have reduced attention and mental processing speed.

Experts say using the phone while driving increases the risk of crashes four-fold, with hands-free and handheld devices equally dangerous; this is the same as driving with a 0.08 blood alcohol content (BAC), which is the legal limit for intoxication. Texting increases this risk eight to 16 times.

“There is concern that adding distraction to the reduced skills of some older adults will increase these crash rates even further,” said Hill.

The survey found 75 percent of seniors felt they are capable of using a hands-free device while driving. Twenty-seven percent drove children younger than age 11 in the last month, and out of those drivers, 42 percent talked on the phone while on the road.

“When adults are driving distracted with children in the car, not only does it put children at risk, but they are also modeling risky behavior,” said Hill. “No call is so urgent that it can’t wait until the driver is able to pull over to a safe place.”

Men, people who drive more miles per week and persons who are self-employed most often drove distracted. The survey results found 3 percent of senior drivers had received a ticket for cell phone use, saying the penalty changed their driving behavior.

“Our goal in conducting these surveys is to better understand the patterns and attitudes people have towards distracted driving,” Hill said. “This allows us to develop interventions to promote a culture of roadway safety by educating the public and implementing efforts that can save the lives of all California drivers.”