Susan L. Wagner, Business Pioneer, Founding Director of BlackRock, and one of FORTUNE’s Most Powerful Women, Will Address the Wellesley College Class of 2014 at Commencement, May 30 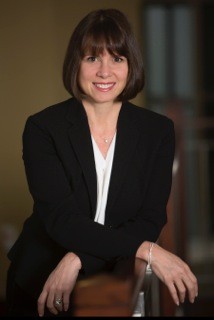 Susan L. Wagner will address the Wellesley College Class of 2014 at Commencement, May 31

Newswise — WELLESLEY, Massachusetts—Susan L. Wagner, co-founder and Director of BlackRock, will address the Class of 2014 and an international audience of their family and friends at Wellesley College’s 136th Commencement Exercises Friday, May 30, at 10:30 a.m.

““We are delighted that Sue Wagner will be our 2014 Commencement Speaker,” said Wellesley College President H. Kim Bottomly. “Sue’s career at Black Rock exemplifies the important role that the liberal arts play in enabling smart, capable women to make a difference in the world. I know she will offer our students important insights as they prepare to make their mark—in whatever path they choose."

Wagner graduated from Wellesley in 1982 with a BA in English and economics, before earning an MBA in finance from the University of Chicago. She was just 26 when she and seven others founded BlackRock. She then went on to orchestrate a $13.5 billion deal between BlackRock and Barclays Global Investors, creating the world’s biggest asset manager.

Wagner is a powerful proof point for the widespread notion that Wellesley graduates succeed in every arena, including fields that are traditionally male-dominated. Called “one of the most powerful women on Wall Street by The New York Times, members of the Class of 2014 view Wagner as a visionary leader and an inspiring role model. Wagner herself says that she draws inspiration from “so many talented, amazing women from a rich variety of backgrounds” whom she has worked with at Wellesley, on Wall Street, and beyond.

When TIME Magazine asked Wagner what would be the biggest challenge for the generation of women behind her, Wagner answered that leaders, both men and women, will require adaptability in the constantly changing political and economic landscape and an adeptness at viewing the world through different cultural lenses. She added, “Women may face an even greater challenge to the extent that some of the business culture and norms encountered are less accustomed to or accepting of women leaders.”

As a pioneer who followed her vision and took calculated risks to create a financial company that the world had never seen before, Wagner exemplifies the creative and confident leadership ability that so many Wellesley graduates possess. Indeed, nearly 1 in 5 Wellesley alumnae report that they are developing a "start up" company or that they have started their own company within 10 years of graduation. Within 20 years of graduation, 60% report that they hold senior, executive, or CEO level positions.

Whether this year’s graduates go on to pursue careers in business, politics, education, medicine, or the arts, Wagner has sage advice. As she told TIME, “The message I would like to send women is to set their expectations high, be confident in their choices, ask for what they want, and find champions who will support their ambitions.”

The selection of Wagner as this year’s commencement speaker is a process driven by students. The announcement of the 2014 speaker was made at the College’s Senior Soiree, on April 10, in keeping with Wellesley tradition.

Erica Choo, senior class co-president said, “We are so thrilled to have Sue Wagner, a Wellesley alum, as our 2014 commencement speaker. We are confident that she will be an excellent speaker for our class and are looking forward to commencement.”

Susan L. Wagner is a co-founder and Director of BlackRock, where she served as Vice Chairman and a member of the Global Executive and Operating Committees before retiring in 2012. Over the course of her nearly 25 years at the firm, Ms. Wagner served as Chief Operating Officer, head of Strategy, Corporate Development, Investor Relations, Marketing and Communications, Alternative Investments and International client businesses. She also served as Global Executive Sponsor of, and as a Director continues to support, BlackRock’s Women’s Initiative Network.

Throughout her tenure at BlackRock, Ms. Wagner led strategy development and coordinated the firm's strategic initiatives, including BlackRock's mergers with PNC, Merrill Lynch Investment Managers and Barclays Global Investors, its initial public offering, the acquisitions of HPB Management, SSRM Holdings Inc. and the fund of funds business of Quellos, and joint ventures in Japan, China and India.

Prior to founding BlackRock, Ms. Wagner was a Vice President in the Mortgage Finance Group at Lehman Brothers, supporting the investment banking and capital markets activities of mortgage and savings institutions, including development of innovative products cited as "Deal of the Month" (Nov. 1986) and "Deal of the Year" (Jan. 1987) by Investment Dealers' Digest. Ms. Wagner previously assisted in writing and editing Conversations with Economists, which was named one of the ten best business and economics books published in 1984 by both Business Week and Forbes.

Ms. Wagner was named among FORTUNE magazine's "50 Most Powerful Women in Business," included on similar lists published by the Financial Times and Crain’s New York, and honored by the National Council for Research on Women. She graduated with honors from Wellesley College with a BA in English and economics, and earned an MBA in finance from the University of Chicago. Ms. Wagner serves on the Boards of BlackRock, Swiss Re, DSP BlackRock (India), Wellesley College and the Hackley School.

Since 1875, Wellesley College has been the preeminent liberal arts college for women. Known for its intellectual rigor and its remarkable track record for the cultivation of women leaders in every arena, Wellesley—only 12 miles from Boston—is home to some 2300 undergraduates from every state and 75 countries.