Swarthmore Expert Explains Why Americans Hate Negotiating With Their Enemies 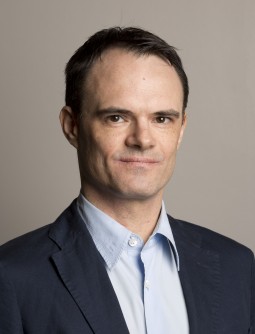 The reason Americans remain divided on the Iran nuclear deal is a deeply ingrained aversion toward parleying with 'evil' opponents, says Swarthmore College Associate Professor of Political Science Dominic Tierney. "Americans frequently view face-to-face talks as a prize that the opponent has to earn through good behavior," Tierney says in his latest article for The Atlantic. "Agreement with Iran is part of a long history of American skepticism about engaging with adversaries." Tierney notes that in past conflicts, Washington refused to entertain negations with North Vietnam, North Korea, Iraq, and the Taliban.

So why do Americans so dislike negotiating with enemies? He believe it has to do with the country’s combination of power and moralism.

"After 1945, the United States bestrode the world like a colossus, with an economy three times larger than that of its nearest competitor, the Soviet Union. America’s globe-girdling capabilities diminished the apparent need to compromise with weaker opponents,” he says. Additionally, Tierney adds that American moral righteousness can make the act of bargaining seem inherently suspect, while compromising with 'evil' opponents sullies U.S. values.

"The danger is that American power and moralism triggers opposition to diplomacy that undermines U.S. interests," he adds. "And refusing to compromise American values by making concessions can mean paying a larger ethical price later on; Washington may miss opportunities for a valuable deal and end up negotiating as a last resort—when its hand is much weaker."