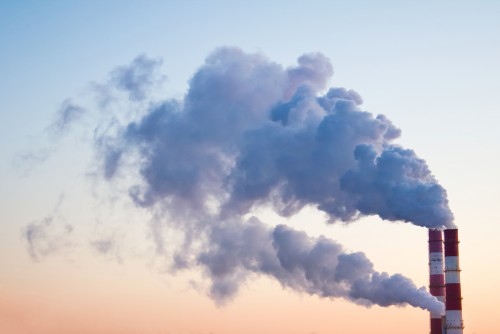 Conventional wisdom may suggest that these storage systems, which are essentially household batteries such as the Tesla Powerwall, could be instrumental in weaning ourselves off greenhouse gas-emitting energy sources. But deploying them today, without making fundamental policy and regulatory reforms, risks increasing emissions instead.

Newswise — Home energy storage systems might save you money, but under current policies, they would also often increase carbon emissions. That is the conclusion reached by a team of researchers at the University of California San Diego in a study published recently in the journal Environmental Science & Technology.

Conventional wisdom may suggest that these storage systems, which are essentially household batteries such as the Tesla Powerwall, could be instrumental in weaning ourselves off greenhouse gas-emitting energy sources. But deploying them today, without making fundamental policy and regulatory reforms, risks increasing emissions instead.

If residents use these systems to reduce their electricity bills, the batteries would draw energy from the grid when it is cheapest. And because utilities don’t structure how much they charge with the goal of lowering emissions, the cheapest power often comes from power sources that emit carbon, such as coal. In addition, batteries do not operate at 100 percent efficiency: as a result, households that use them draw more power from the electric grid than they actually need.

For the systems to actually reduce greenhouse gasses, utilities need to change their tariff structures substantially to account for emissions from different power sources. They would need to make energy cheaper for consumers when the grid is generating low-carbon electricity, researchers said.

The first-of-its-kind study, conducted by a research team from UC San Diego’s School of Global Policy and Strategy and Jacobs School of Engineering, modeled how residential energy storage systems would operate in the real world. The study modeled deployment across a wide range of regions, utilities and battery operation modes.

“We sought to answer: what if consumers on their own or in response to policy pressure adopt these systems? Would greenhouse gas emissions from the electric power system go down, and at what economic cost?” said lead author Oytun Babacan, a postdoctoral scholar at the School of Global Policy and Strategy.

The systems are so new that they are not in many homes. But this year saw a substantial increase in installations, with sales tripling from January to September of 2018.

When the systems are set up to operate with the goal of cutting emissions, they can indeed reduce average household emissions by 2.2 to 6.4 percent. But the monetary incentive that customers would have to receive from utilities to start using their home systems with the goal of reducing emissions is equivalent to anywhere from $180 to $5160 per metric ton of CO2.

“This is impractically high, and very high compared to other emissions reducing options that are available,” said Ryan Hanna, a postdoctoral researcher at the School of Global Policy and Strategy, who earned his Ph.D. at the Jacobs School of Engineering.

“Thus, policymakers should be careful about assuming that decentralization will clean the electric power system, especially if it proceeds without carbon-mindful tariff reforms that aim to reduce residential energy bills and energy consumption associated CO2 emissions,” he said.

Absent tariff reform, policymakers could still encourage environmentally beneficial operation of the devices by ensuring that system developers and equipment vendors favor clean energy use by tracking and adjusting to variations in marginal emissions across the bulk grid, the authors noted.

Although the systems do not encourage cost-effective emissions control at the moment, authors were quick to note that the advantages of batteries should not be overlooked.

“There is an enormous upside to these systems in terms of flexibility and saving households money,” the authors said. “While the increase in home batteries deployment is underway, we need to work on multiple fronts to ensure that their adoption is carbon minded.”

Researchers selected 16 of the largest utilities companies in the country and dug into their tariff structure, carrying out the first systematic analysis of how much utility companies charge residential customers to forecast the economic and environmental impact of these systems, if they were to be widely deployed across the country.

Residential energy storage systems present a promising avenue for policymakers and companies such as Tesla seeking to decentralize electric power systems, reducing costs to consumers in the process.

In addition to Tesla, companies such as Evolve have invested heavily in residential energy storage systems. There also is an increasing interest in states such as New York and California to decentralize energy, both to empower consumers with greater control over their energy choices, and to create competition in a sector traditionally structured around regulated monopolies. With energy storage widely expected to play an integral role in efforts to deeply decarbonize the electric power system, organizations like the California Energy Commission are also actively advocating for their use.