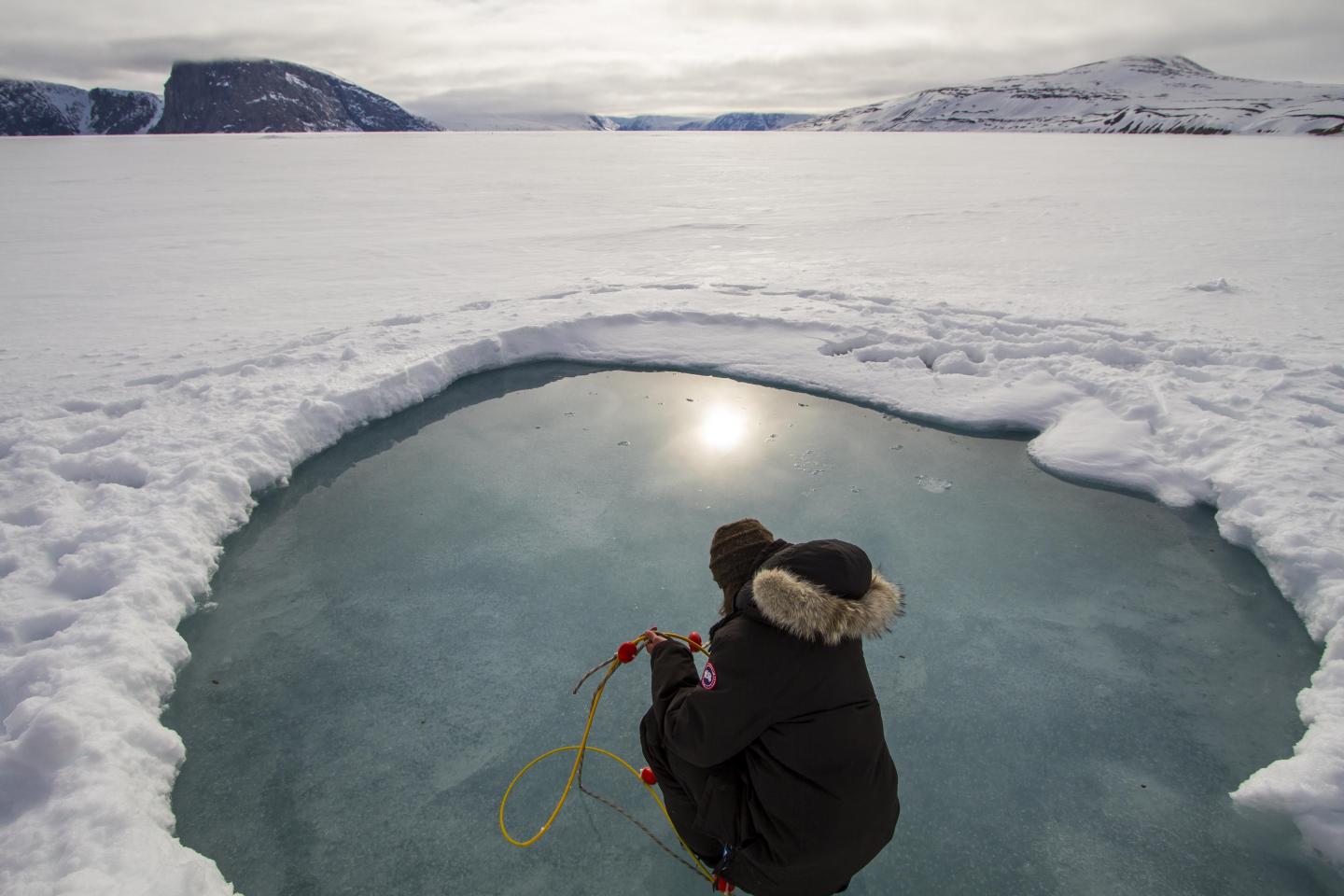 Optical measurement of a melt pond 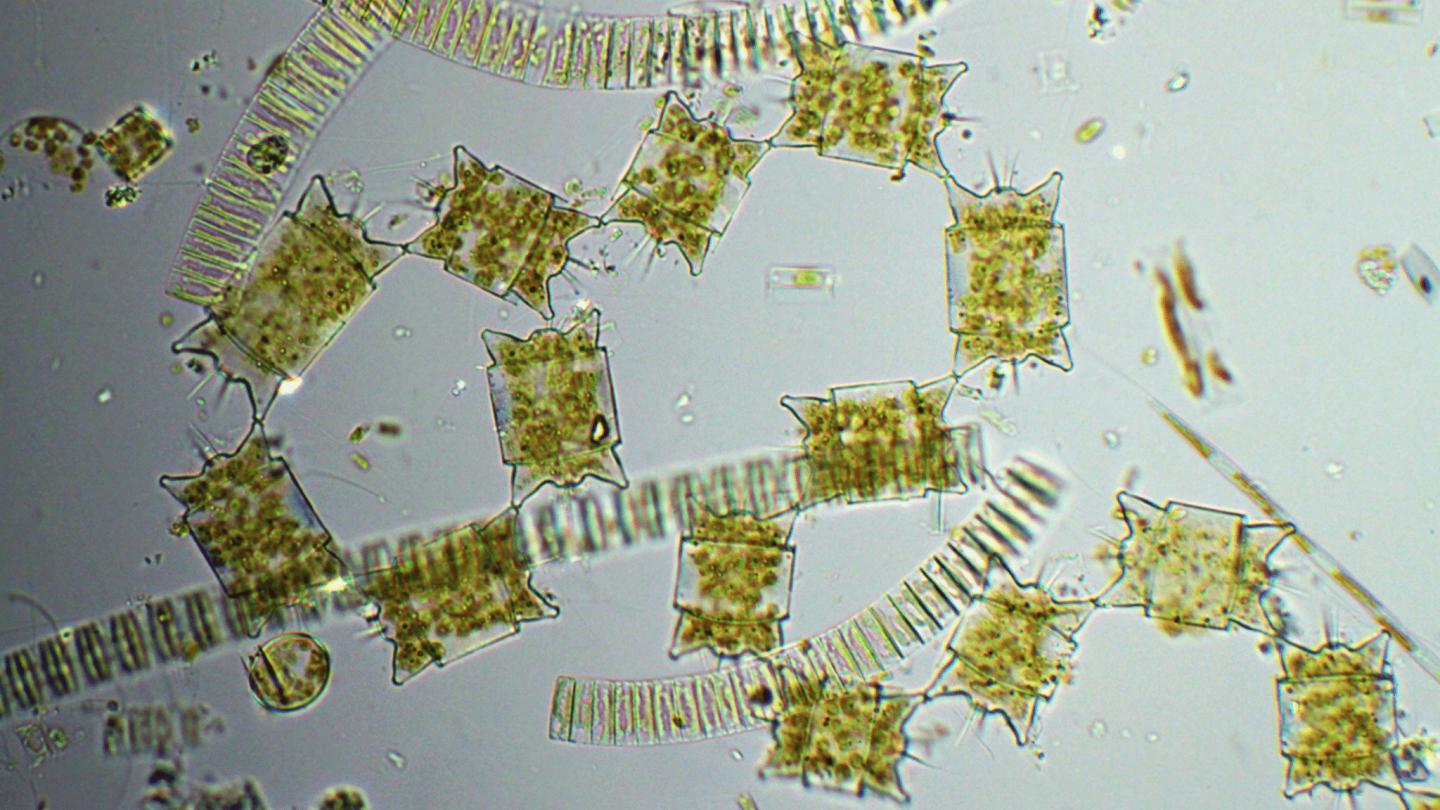 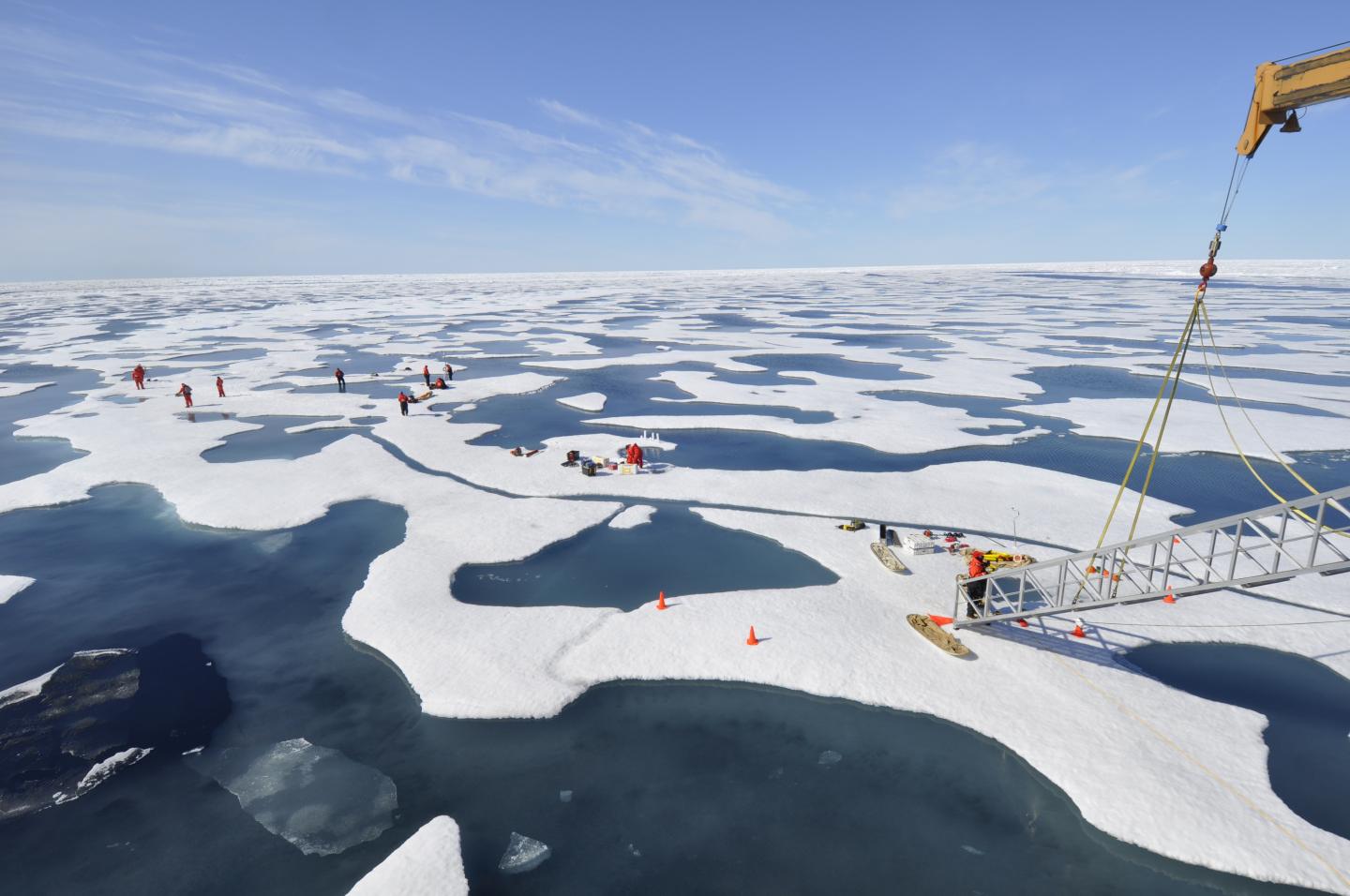 Newswise — Small photosynthetic marine algae are a key component of the Arctic marine ecosystem but their role for the ecology of the Arctic Ocean have been underestimated for decades. That's the conclusion of a team of scientists who synthesized more than half a century of research about the occurrence, magnitude and composition of phytoplankton blooms under Arctic sea ice. The results were published in a special issue of Frontiers in Marine Science devoted to Arctic Ocean research.

Phytoplankton are free-floating microscopic organisms, most of which are single-celled algae. Like terrestrial plants, they use photosynthesis to turn light into chemical energy by consuming carbon dioxide (CO2) and nutrients in the water. Phytoplankton are the basis of the marine food web and play a vital role in the carbon cycle by absorbing CO2 from the atmosphere.

Until roughly a decade ago, most scientists assumed that phytoplankton remained in a sort of stasis throughout the winter and spring until sea ice break-up. Now there is a growing body of evidence that suggests under-ice blooms (UIBs) of phytoplankton, like a sudden spring flowering in a garden, can occur in low-light environments below sea ice.

"There was a long-standing assumption that what was happening under the sea ice in the water column was almost 'on pause' during the polar night and before seasonal sea ice retreat, which is apparently not the case," said lead author Dr Mathieu Ardyna, a postdoctoral Marie Sklodowska-Curie fellow at Stanford University.

The revelation means that phytoplankton production in some regions of the Arctic Ocean may be an order of magnitude greater than originally predicted. That's important for climate modelers who want to know how much atmospheric carbon is being absorbed by these algae.

Few places on Earth are transforming as rapidly as the Arctic due to climate change. Over the past 30 years, the Arctic has warmed at roughly twice the rate as the global average. One of the most visible signs of that change has been in the decline of the sea ice that floats on the ocean surface, with this year's ice cover shrinking to the second lowest extent on record.

It's no surprise that the thinning ice cover has enabled phytoplankton, which require light for photosynthesis, to flourish. What was surprising to Ardyna and his colleagues is that the phenomenon of UIBs occurred well before climate change affected Arctic sea ice.

"Digging up research that occurred from the '50s and prior demonstrates that blooms, albeit not very large, were occurring under thick ice in the central Arctic," he explained. "I think this fact surprised many of us, as models had suggested this was not the case."

The historical observations included a pair of studies during the International Geophysical Year, a global campaign that ushered in the modern scientific era. The authors noted, "The end result of this work was nothing less than an incredible first glimpse of UIBs occurring in the central Arctic."

The paper goes on to describe the variability among UIB events across the Arctic Ocean in terms of occurrence, magnitude, and even the type of organisms present. Some of those findings are based on scientific programs and expeditions dedicated to studying UIBs specifically. In many cases, observations relied on autonomous floats, robotic gliders and even remotely operated vehicles that can swim under the sea ice.

Ardyna said further observations to feed new computer models will be key to more accurately predict how the Arctic carbon cycle will change in the future.

"So many questions remain unanswered about this critical period of spring, for many Arctic species, for their food or their life cycle," he said. "Given the remoteness of the Arctic, one way will definitely be to develop more and better autonomous platforms to give us valuable information."