16-Feb-2017 9:05 AM EST, by Perelman School of Medicine at the University of Pennsylvania contact patient services
favorite_border 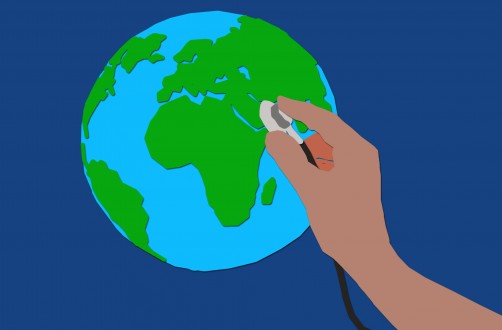 Newswise — More than 17.5 million people die from cardiovascular disease (CVD) each year – making it the number one cause of death worldwide. Although in recent years the United States has actually seen a decline in heart disease, approximately 70 percent of the U.S. population will either experience CVD themselves or have a family member experience a cardiovascular complication that will lead to death.

And the situation is even more dire in low- and middle-income countries, where CVD rates have been climbing at an alarming rate. For example, country profiles from the World Health Organization (WHO) show that in the Philippines, CVD-related deaths increased from less than 350 per 100,000 in 2000 to more than 450 in 2012. Armenia saw a spike from 500 deaths to 700 deaths per 100,000 in just two years, and now the country is once again seeing rates creep back up.

“Until recently, there just hasn’t been a strong and concerted focus on heart disease as a global health issue, but we are seeing that change rapidly,” said Paul Mather, MD, a professor of Clinical Cardiovascular Medicine and chair of the American College of Cardiology (ACC)’s International Session.

This surge of heart disease in developing countries can be attributed to a complex combination of factors that includes lifestyle changes, globalization, and shifting health care system infrastructures.

“We’ve seen a lot of countries pick up some of the unhealthy eating habits that are usually associated with the United States or Europe,” Mather said. “Whether you live in Philadelphia, Lima, or Johannesburg, the fast food restaurant around the corner is often cheaper and more convenient than a grocery store or market with fresh produce.”

A recent United Nations Global Nutrition report highlights the connection between CVD and the increase in the number of fast food chains and other processed food products becoming more available worldwide. In Mexico for example, almost 33 percent of adults now considered to be clinically obese and there has been a more than 1,200 percent increase in high-fructose corn syrup imports to Mexico between 1996 and 2012. This is in stark contrast to just a few years ago, when most people around the world ate local, organic food.

“Think about the way our great-grandparents ate compared to how we eat today in the United States. They ate what was fresh, in season, and available locally. Today processed, packaged foods make up a large portion of our diets,” Mather said. “We are seeing that same trend away from local, fresh produce to processed foods all around the world as it becomes more readily available.”

Diet is only one component that contributes to heart disease globally. Tobacco use causes one out of every three CVD-related deaths each year. According to WHO, while smoking rates in the United States and other high-income countries have declined significantly since the 1960s, tobacco use in middle-income countries has actually tripled from the 1970s through the 2000s, with pockets of high use in Southeast Asia and throughout Africa.

“Smoking, like diet, is one of the main factors for heart disease, but it’s also something that can be greatly reduced with more outreach and education in order to shift the culture away from these unhealthy habits,” Mather said.

And finally, as progress is made in the fight against other global pandemics like HIV, malaria, and tuberculosis, non-communicable diseases (NCDs), such as heart disease, are emerging as the next great global health threats.

“In the past, we didn’t see people dying from heart disease as much in developing countries because they were dying of other diseases first,” Mather said. “As people are living longer and avoiding infectious disease epidemics, other health issues like heart disease begin to surface.”

To combat this growing epidemic, WHO recently launched its Global Hearts initiative specifically focused on reducing CVD worldwide. Similar to other campaigns focused on polio or HIV, Global Hearts is a compressive awareness campaign that includes health information, communication materials for physicians and local clinics, and outreach initiatives to curb the epidemic.

“Access to care and education about chronic conditions, like CVD, will be crucial to controlling these new global health threats,” Mather said. “We are seeing some progress in this area, but much more needs to be done on a global scale both here in the United States and around the world in order to improve outcomes and establish prevention guidelines for heart disease.”