Tackling Some of the Basic Building Blocks of Cancer 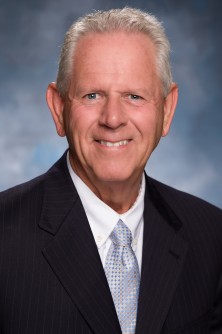 Newswise — New Brunswick, N.J. – March 8, 2017 – Research by Rutgers University investigators – including a number from Rutgers Cancer Institute of New Jersey – and University of Missouri colleagues has resulted in the development of small molecule inhibitors that block a protein involved in the development of some cancers. Rutgers Cancer Institute associate research member William J. Welsh, PhD, who is the Norman H. Edelman Professor in Bioinformatics of Pharmacology at Rutgers Robert Wood Johnson Medical School, is the co-corresponding author of the work published in the March 8, 2017, online issue of Scientific Reports (doi: 10.1038/srep43908). He shares more about the findings focused on what are known as TAM receptors, which when overexpressed can make too many proteins leading to cancer development, drug resistance and overall poor patient survival.

Q: Why is this topic important to explore?A: The TAM sub-family of receptor tyrosine kinases comprise Tyro3, Axl, and Mer. The TAMs are overexpressed in a broad spectrum of human cancers. Likewise, the endogenous ligand of the TAMs, known as Gas6, is also overexpressed in many human cancers. Given the central role of the TAMs and Gas6 in cancer biology, many biopharmaceutical companies as well as translational academic laboratories are actively developing small-molecule drugs known as tyrosine kinase inhibitors (TKIs) and biologics-based monoclonal antibodies (mAbs) as TAM therapeutics.

Q: How was this study structured and what did you learn? A: In sharp contrast to these conventional approaches, we are pursuing an innovative alternative strategy in the form of novel small-molecule TAM inhibitors that block binding of Gas6 to the TAMs in the extracellular region which is unique among the TAM sub-family of kinase proteins. By targeting the TAM/Gas6 interface in the extracellular domain, our TAM inhibitors are expected to encounter fewer and less severe off-target effects and confer greater exposure to the target receptor and circumvent issues associated with drug influx and efflux across cell membranes. Another unique aspect of our inhibitors is that they are effective in blocking Gas6-mediated activation of all three TAMs (Tyro3, Axl, Mer), suggesting they act as pan-TAM inhibitors.

Q: What is the implication of these findings and potential applications to future cancer treatment and other diseases?A: Taken together, our work reported in the paper establishes a novel alternative strategy for developing pan-TAM inhibitors that may lead to first-in-class anticancer therapeutics which could be delivered as stand-alone drugs or in combination with current standard-of-care therapeutics in particular the latest generation of immune-oncology checkpoint inhibitors. More recent studies, suggested in this paper, indicate that our pan-TAM inhibitors may intriguingly possess opportunistic dual functionality, primarily as anticancer therapeutics that arrest tumor growth and metastasis and secondarily as immune checkpoint inhibitors (akin to PD-1 checkpoint inhibitors pembrolizumab and nivolumab) on infiltrating innate immune cells that will unleash the host’s immune system to target, combat and destroy cancer cells.