Take Precaution When Spicing Your Foods

Research from Kansas State University in Olathe has shown that four out of 10 spices, sold in bulk in the Kansas City metro area, contain contaminants that could be harmful to your health

16-May-2014 10:00 AM EDT, by Kansas State University Research and Extension
favorite_border 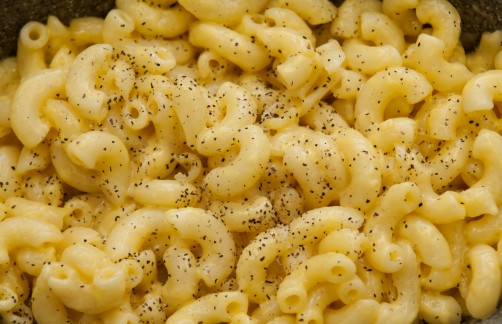 Newswise — OLATHE, Kan. – If you’re using bulk spices, you might want to consider not sprinkling the black pepper on your already cooked meal.

About six months ago, Patrick Williams, a research assistant professor at K-State Olathe who works in bio-molecular testing, began studying spices as they relate to food safety.

“Spices are somewhat of the last frontier in food safety,” Williams said. “In fact, the FDA (U.S. Food and Drug Administration) recently published a white paper calling attention to foodborne pathogens and other materials present in spice products.”

The recent FDA report (http://www.fda.gov/downloads/food/foodscienceresearch/risksafetyassessment/ucm367337.pdf) cited that the types of microbial pathogens found in spices might include salmonella, bacillus and staphylococcus aureus, among others. Filth adulterants found have included live and dead whole insects and insect parts; excrement from animals, birds and insects; hair from humans and animals; and many other foreign materials.

Twelve percent of spices brought to the United States are contaminated, according to the FDA. Williams and his colleagues found a much higher percentage of contamination in the spices they tested, but he said they tested only bulk spices from a specific area, the Kansas City metro area, whereas the FDA tested a much broader pool of spices.

Of all the spices the K-State group tested, Williams said four out of 10 showed contamination by one or a combination of three items: heavy metals; mycotoxins, which indicate fungal contamination; and bacteria.

“Our research has found that some of the spices we’ve purchased from farmers’ markets and bulk spice vendors are positive for salmonella,” he said. “There are four spices that are typically associated with salmonella contamination: black pepper, thyme, oregano and turmeric.”

Williams added that many of the spices were also contaminated with a variety of non-pathogenic, soil-associated bacteria, such as enterobacter, klebsiella, pseudomonas and bacillus subtilis.

None of the cinnamon and ginger bulk spices tested were contaminated. Williams said this might be due to the antioxidant and antimicrobial properties of these spices that make them less susceptible for contamination.

Be careful buying in bulk

Bulk spices are more prone to contamination, particularly at the point where they are being sold, Williams said, as it’s at that point where the quality control measures tend to cease.

“If you’ve been to a farmers’ market or bulk vendor where they have the spices out in barrels or boxes that don’t have lids on them, they are open to the public,” he said. “You can watch people put their hands in them and savor the spices, which means there is a high risk for contamination.”

There is a risk at farmers’ markets, Williams said, and also in U.S. grocery stores that sell bulk spices. Many spices sold in stores are imported, as the United States is not a major producer of spices.

U.S. governmental organizations continue to push hard to establish safe-handling food and agricultural practices across the entire food industry, he said, including working outside the United States with other countries to establish similar practices. But, this will take time.

“One aspect of this research that we find particularly intriguing is some spices that come from mostly India and Asia are contaminated with bacteria associated with soils,” Williams said. “These soil bacteria are considered non-pathogenic and could be carrying plasmids, which carry genes for antibiotic resistance.”

Because one of the key public health concerns today is antibiotic resistance, Williams hopes to study this area further with imported spices.

Understanding how the spices could have been contaminated and properly cooking bulk spices is important in helping reduce the risk of getting foodborne illness.

Heavy metals are a concern, Williams said, as people can contract metal toxicity from consuming high levels of lead, iron or other industrial-associated metals in spices. If rusty farm equipment is used to process the spices, that rust will likely show up in the final product.

“There’s been concern that some spices are being irrigated with industrial wastewater,” he said. “If that’s the case, the plants will take up these heavy metals, and they will ultimately end up in the spice product.”

Mycotoxins are toxic molecules that are left behind by molds and fungi, Williams said. They likely contaminate the spice product shortly after harvest or if the spice is allowed to get damp from farm to vendor.

“The molds grow on the spices, and they leave behind toxins,” he said. “Many of these toxins, like aflatoxin, are considered to be carcinogens. Mycotoxins like ochratoxin may in fact be a carcinogen.”

Williams said he continues to catalog toxins present in the spices he’s tested and focus mostly on those bulk spices consumers can buy in and around Kansas City.

For those who buy bulk spices to cook with, they have little need to worry. Always cooking these spices to at least 160 degrees will eliminate the bacteria, he said.

“If you use spices a lot at home and you’re cooking them, it should be fine,” Williams said. “If you’re going to use them on an item that’s already been prepared, sprinkling oregano on your pizza for example, I would tend to favor brands of spices that are prepackaged for you at your local grocery store.”

In the coming weeks, Williams and his team will conduct studies where they will prepare cold summertime dishes, such as deviled eggs and potato salad, sprinkle known contaminated spices onto the dishes and culture the actual foods to see if they can recover the pathogenic strains on the foods. He said they will simulate this much like foods would be prepared, handled and stored by people at home, to make it as real-world as possible.

More information about food safety can be found at local extension offices throughout Kansas or by going online to K-State Research and Extension’s food safety website (https://www.ksre.ksu.edu/foodsafety/) and the K-State Rapid Response Center’s website (http://www.rrc.ksu.edu/).