Talking About Regeneration: How Do Some Animals Regrow Missing Parts? 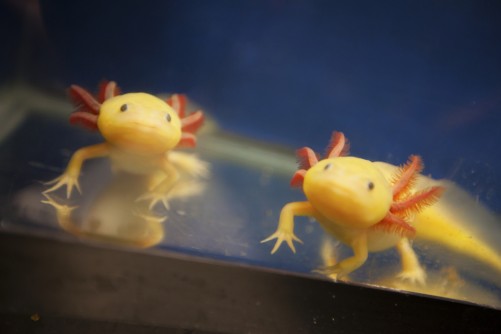 The axolotl, a rare type of salamander found wild only in a small area in Mexico, is a master of regeneration, able to regrow just about any part of its body, including brain structures.

A video featuring the regeneration cluster scientists talking about their work may be viewed online at https://www.youtube.com/watch?v=K39qgZEKSwc.