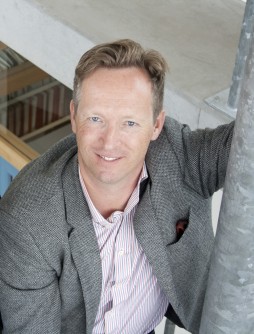 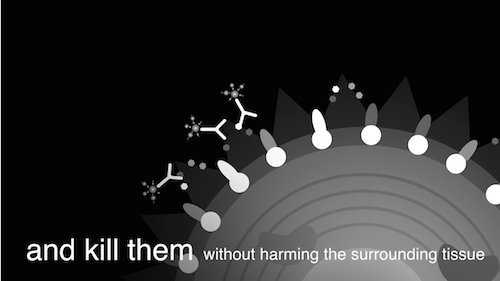 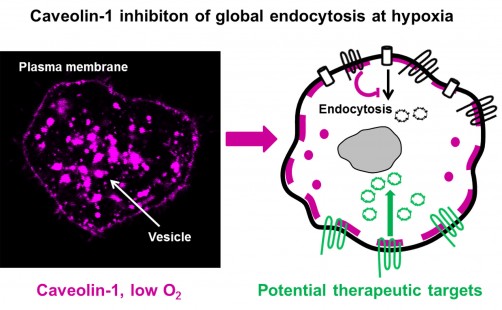 The “gatekeeper” caveolin-1 (purple-coloured in the picture) makes its way to the surface of a stressed cell, and prevents endocytosis, that is, it prevents most proteins from entering the cell. However, the proteins marked green are able to get past the “gatekeeper”, and enter the cell. They could therefore potentially deliver medicines to stressed cancer cells.

Newswise — Targeted missiles that can enter cancer cells and deliver lethal cell toxins without harming surrounding healthy tissue. This has been a long-standing vision in cancer research, but it has proved difficult to accomplish. A research group at Lund University in Sweden has now taken some crucial steps in this direction.

“For several years, we tried to elucidate which target proteins on the cancer cells’ surface can be used to help these ‘missiles’ to gain entry into cells. Developing this method has been complicated, and we feel pleased to finally have succeeded”, says Professor of Clinical Oncology Mattias Belting. His research group recently published this new method in Nature Communications.

Mattias Belting describes the interior of a cancer tumour as a hostile environment. The rapid cell division of the tumour leads to oxygen deficiency, low pH levels, and nutrient deprivation. In this environment, some cells die spontaneously, while others can be destroyed with the help of radiation, chemo- or immunotherapy. However, the cells that adapt and survive are particularly aggressive.

“We call them stressed cells, and they are known to be more aggressive and insensitive to regular cancer treatments. These are the ones we must find new ways to fight against”, explains Mattias Belting.

The Lund researchers have mapped the thousands of proteins that exist on the surfaces of regular cancer cells, and cells that are stressed due to lack of oxygen. They also found a special protein (caveolin-1) that serves as a gatekeeper, and prevents many of the surface proteins from entering stressed cancer cells. The researchers continued with identifying some 30 targeted proteins that exist in large quantities on the surfaces of stressed cancer cells, and which also have the ability to effectively pass the “gatekeeper” and be transported into the cells. Against one of these proteins, they have successfully managed to target a toxin-conjugated missile, in the form of an antibody connected to a certain cell toxin, which was able to enter and kill stressed cells, while leaving other cells unharmed.

“The most important aspect of our results is not only that we have identified the proteins that exist on the stressed cancer cells, but also which of them can be used as targets for delivering drugs into the cells”, says first author of the study Erika Bourseau-Guilmain.

There has already been considerable interest in the group’s research. Their method and some of the target proteins are described in detail in the article in Nature Communications, enabling other researchers to build on the foundation laid by the research group from Lund.

“We want to continue to study other target proteins that were identified. We are currently studying other types of stress to find additional, potential target proteins for drug development”, says Mattias Belting.

The Lund researchers worked with cells from e.g. glioblastoma – a type of brain tumour that is difficult to treat. However, they believe that the “missile method” can be used not only against this type, but against many, if not all, types of solid cancers, as stressed cancer cells exist in all types of aggressive tumours.

The funders of the study include Lund University, the Swedish Research Council, the Swedish Cancer Society, Region Skåne, as well as a donation by Viveca Jeppsson. It was conducted in collabroation with CEBMMS (The Centre of Excellence in Biological and Medical Mass Spectrometry) in Lund.

Further information Mattias Belting, Professor at the Department of Clinical Sciences in Lund, and consultant at the Oncology Clinic at Skåne University Hospital in Lund, +46 73 3507473, [email protected] 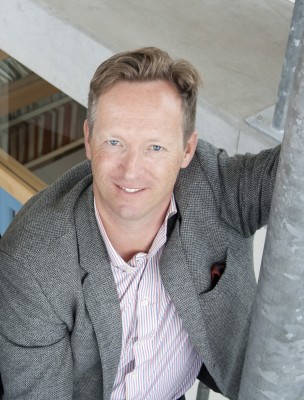 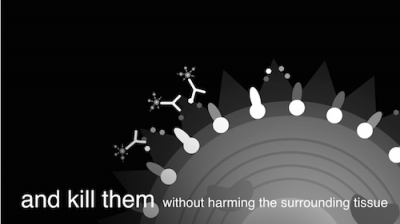 Caption: Screenshot from the explainer video that can be used/embedded on the site 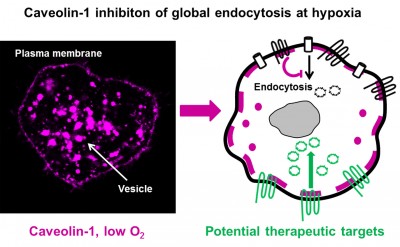 Caption: The “gatekeeper” caveolin-1 (purple-coloured in the picture) makes its way to the surface of a stressed cell, and prevents endocytosis, that is, it prevents most proteins from entering the cell. However, the proteins marked green are able to get past the “gatekeeper”, and enter the cell. They could therefore potentially deliver medicines to stressed cancer cells.