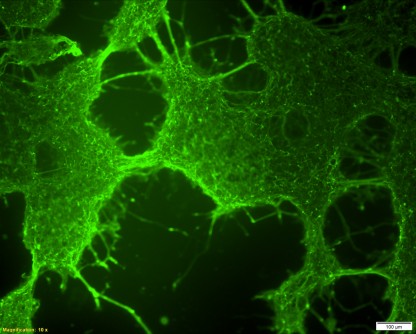 Newswise — Neurodegenerative disorders such as Alzheimer’s Disease, Parkinson’s Disease, amyotrophic lateral sclerosis (ALS), and Huntington's Disease are typically characterized by progressive apoptotic death of neurons. Apoptosis, or programmed cell death, in these neurodegenerative disorders is believed to be triggered by a process of cell cycle reactivation, however, the mechanisms involved in this phenomenon remain largely unsolved. Researchers studying the role of inflammation as well as the expression of Rb family proteins (RB1/p105, RBL1/p107 and Rb2/p130) in neuronal death, have discovered a clue to the mechanism for neuronal degeneration and possible target for a therapeutic approach to these disorders.

The research was conducted by a team of scientists lead by Dr. Antonio Giordano, Director of the Sbarro Institute for Cancer Research and Department of Biology at Temple University, Philadelphia in collaboration with University of Siena Italy. Their study was published online on August 2017, in the international journal Cell Cycle. The study was funded in part by a grant from the Ken and Ann Douglas Charitable Foundation.

These findings are significant because mature neuronal cells are in a permanent state of cell cycle arrest, and they do not undergo the same process of cell death and replacement as other tissues throughout the body. Shedding light on the cause for the neurodegeneration occurring in diseases like Alzheimer’s and Parkinson’s, the study authors found that inflammation induced cell cycle re-entry, causing neurons to resume the cell cycle and undergo apoptotic cell death.

The study was performed in an in vitro model of brain inflammation, which revealed an aberrant  expression of p107 and p105 following the inflammatory insult, leading researchers to conclude a possible implication of these factors in the reactivation of the cell cycle in neurons.

The pRB family is comprised of factors well known for their ability to regulate the cell cycle, and has been largely explored in cancers for their role as tumor suppressors.

Dr. Giordano’s team provides novel information on the pleiotropic activity of pRB proteins extending the investigation to fields outside of oncology. The concept emerging from their study could help in formulating innovative therapeutic approaches to halt  neurodegenerative processes like  Alzheimer’s Disease.

“Alzheimer’s Disease, similar to other neurodegenerative diseases, is an incurables disorder affecting populations worldwide,” Dr. Giordano says.  “However, in recent years, scientists have made great advances in uncovering   the cause of these pathologies. As we discover novel elements correlated to the pathways involved in these diseases, we are confident that we will be able to treat and prevent them.  Albeit it is still at an early stage, our study brings to light an important aspect of this mechanism that will speed our progress toward this common goal,” Dr. Giordano concludes.