15-Jun-2017 1:05 PM EDT, by Health Sciences at the University of Pittsburgh
favorite_border 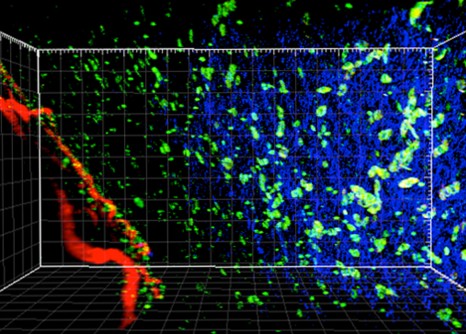 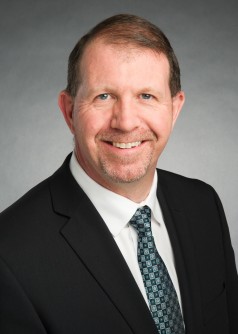 Newswise — Researchers at University of Pittsburgh School of Medicine and UPMC have discovered a clue that could unlock the potential of immunotherapy drugs to successfully treat more cancers. The findings, published in Cell, were made in mice and showed that targeting a sub-population of immune cells called regulatory T cells could be an effective approach to treating cancers. The findings also point to what could be an important mechanism by which current immunotherapy drugs work, providing clues to making them more effective.

Immunotherapy drugs that push the immune system to detect and kill cancer cells have been successful against several cancers, yet they are still only effective in approximately 10 to 30 percent of patients with certain tumor types. Exactly why these drugs don’t work in more patients has remained a mystery. The discovery points to what could be an important mechanism by which current immunotherapy drugs work, providing clues to making them more effective.

“In cancer, Tregs can be detrimental because by turning down the lights, they prevent the immune system from detecting and killing cancer cells. While creating drugs to eliminate Tregs may seem like a logical approach to treatment, they could lead to life-threatening autoimmune complications, making them unusable in cancer patients. Thus, we need to identify approaches that selectively target Tregs in tumors, sparing those outside the tumor,” said Vignali, who also is co-director of the Cancer Immunology Program at the UPMC Hillman Cancer Center. Regulatory T cells (Tregs; pronounced “tee-regs”) help maintain a delicate balance in our immune system. “They act like a dimmer switch, keeping the lights bright enough to detect and eliminate threats, but not so bright that our own cells are hurt,” said Dario Vignali, Ph.D., who holds the Frank Dixon Chair in Cancer Immunology, and is professor and vice chair of immunology at Pitt’s School of Medicine.

A few years ago, Vignali and his colleagues discovered that a surface protein called neuropilin-1 (Nrp1), which is expressed on almost all Tregs that infiltrated mouse tumors, was required to maintain the function, integrity and survival of Tregs within the harsh tumor microenvironment. Thus, Nrp1 on Tregs helps suppress the body’s natural anti-tumor immune response thereby helping the tumor survive. Importantly, blocking or deleting Nrp1 in Tregs in mice only impacted their function in tumors and not in the rest of the body, resulting in tumor eradication without inducing autoimmune or inflammatory disease.

“What we’ve shown in the current study is that in mice, Nrp1 expression by Tregs is required to maintain their ability to prevent the immune system from clearing the tumor. Interestingly, when Tregs lose Nrp1, they not only fail to suppress, they also become active participants in the anti-tumor immune response,” said Vignali. “Intriguingly, we also found that in cancer patients who had a poor prognosis, the Nrp1-expressing Treg subset was much higher, suggesting that the findings could apply to humans as well.”

To arrive at their findings, the research team created a genetically modified mouse model in which the Nrp1 gene was deleted in only half the Treg cell population, but not the other half. Tumor growth in this model, they found, was dramatically reduced when compared to a normal mouse in which Nrp1 was present in all Tregs.

“Not only did Tregs without Nrp1 have a reduced ability to turn down the lights, they also prevented the normal Treg population from performing their own immunosuppressive functions. This allowed the immune system to see and attack the tumor,” said Abigail E. Overacre-Delgoffe, a graduate student in Vignali’s lab and the first author of the Cell study. Genomic and cellular analyses revealed that a secreted immune molecule called interferon-gamma (IFNγ) prevented the dimmer switch function of Tregs in the mice, particularly and selectively in the tumor microenvironment.

Using another genetically modified mouse model, they found that the role of IFNγ in diminishing Treg function was crucial to the success of immunotherapies targeting the PD1 protein that have been proven to be very effective in patients. “While we thought that IFNγ might impact the function of Tregs and thus influence immunotherapy outcome, the magnitude of the effect really took us by surprise. When we deleted the receptor for IFNγ in Tregs so they were no longer sensitive to the impact of IFNγ, the immunotherapy drug had absolutely no effect,” said Vignali. “In essence, IFNγ seems to make Tregs fragile so that they lose their suppressive function, but only in the tumor. Thus, maybe making Tregs fragile is a critical requirement for effective immunotherapy.”

Overall, the authors note that their findings are significant because they show that if we can get a portion of the tumor-associated Tregs to lose their immunosuppressive functions—possibly by using IFNγ—it may be enough to set off a chain reaction where these cells can influence other tumor-associated Tregs, consequently promoting anti-tumor immunity without the adverse autoimmune side effects. Additionally, in the near-term, tracking Treg functional fragility may prove to be an effective approach to monitor whether immunotherapy treatments are effective in patients.