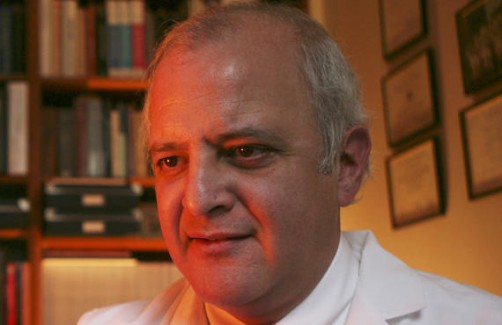 A new study, published today in The Journal of the American Medical Association (JAMA) found that Chronic traumatic encephalopathy, known as CTE, was found in 99% of deceased NFL players' brains.

CTE is a degenerative brain disease that has been found in deceased athletes who suffered repeat concussions and other blows to the head during their careers. The condition gained national attention following the recent suicides of several retired hockey and football players, including former San Diego Chargers star Junior Seau in 2012.

Dr. Ramon Diaz-Arrastia, a Presidential Professor of Neurology in the Perelman School of Medicine at the University of Pennsylvania, is a world-leading expert in traumatic brain injury. Dr. Diaz-Arrastia has a long history of research around Cognitive Dysfunction and Contact Sports and has consistently advocated for more epidemiologic data on the incidence of chronic traumatic encephalopathy and risk factors.

Diaz-Arrastia formerly served as a professor of neurology at the Uniformed Services University of the Health Sciences in Bethesda, Md. He also served as director of clinical research at the Center for Neuroscience and Regenerative Medicine, a partnership between the USUHS and the National Institutes of Health to promote research about traumatic brain injuries. His path-breaking research focuses on understanding the molecular, cellular and tissue level mechanisms of secondary neuronal injury and neuroregeneration, especially through biomarker development. His most recent work explores using MRI, functional MRI and PET scanning to characterize the multiple complex mechanisms involved in traumatic injury to the brain, as well as combining imaging, genomic and tissue biomarkers to better predict patient outcomes after traumatic brain injuries and to develop novel therapies.

The author of more than 135 peer-reviewed primary research papers and more than 30 invited reviews and book chapters, Diaz-Arrastia has led major research projects funded by the NIH and Department of Defense, among others, and served on expert panels convened by the Institute of Medicine, National Institute of Neurological Disorders and Stroke, National Institute of Aging and DOD. He taught from 1993 to 2011 at the University of Texas Southwestern Medical Center, where he created one of the largest and most productive clinical centers in the world devoted to traumatic brain injuries. A native of Cuba, he has frequently participated in community outreach and media presentations to the Spanish-speaking community on topics such as epilepsy, Alzheimer’s disease and traumatic brain injury.