Tea and Exercise May Affect Depression in Breast Cancer Patients 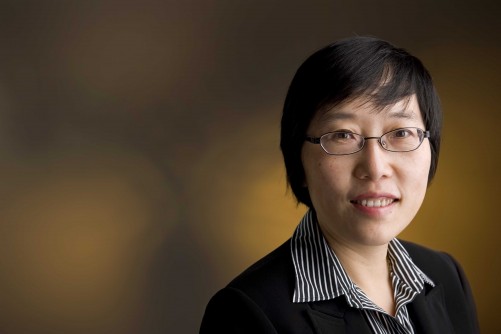 Newswise — Breast cancer patients who exercise and drink tea on a regular basis may be less likely to suffer from depression than other patients, according to a new study led by Xiao Ou Shu, M.D., Ph.D., professor of Medicine, Vanderbilt-Ingram Cancer Center. Xiaoli Chen, M.D., a post-doctoral fellow, was first author of the study published in the January issue of the Journal of Clinical Oncology.

The study, conducted in collaboration with investigators from the Shanghai Institute of Preventive Medicine, examined 1,399 women enrolled in the Shanghai Breast Cancer Survival Study in China. Each woman was interviewed about her exercise and diet habits six months following a breast cancer diagnosis. The women were interviewed again approximately 18 months after diagnosis and they also reported on their depressive symptoms. Twenty-six percent of the women reported depression during the follow-up survey: 13.4 percent had mild depression and 12.6 percent had clinical depression.

Depression may reduce a patient’s quality of life, increase the length of hospital stays and affect compliance with cancer therapy.

“We found that all types of exercise decreased the risk for clinical depression,” said Shu. “Women who exercised for two or more hours per week, and those who expended more energy during exercise were less likely to have depression than women who did not exercise.”

Those patients who increased their exercise level during the follow-up period were 42 percent less likely to report overall depression. However, quitting exercise or reducing exercise was not related to increased depression.

Women also were questioned about their tea-drinking habits and investigators estimated the amount of tea consumed.

“Tea consumption after diagnosis was inversely associated with the risk for mild depression,” said Shu. “Lifetime tea consumption also was inversely related to depression. This is the first epidemiologic evidence that tea consumption may be associated with lower risk for depression among breast cancer survivors, although this was not a prespecified hypothesis. This inverse association was independent of other risk factors for depression.”Since this study was conducted among Chinese women living in Shanghai, the type of tea most commonly consumed was green tea. Tea and its constituents contain high levels of caffeine and catechin polyphenols, which have demonstrated antioxidant, anticarcinogenic and anti-inflammatory properties.

The study is ongoing and will allow the investigators to evaluate how depression changes over time and to assess the long-term effects of exercise and tea consumption on depression among breast cancer survivors.

The research was supported by grants from the Department of Defense Breast Cancer Research Program and the National Cancer Institute.