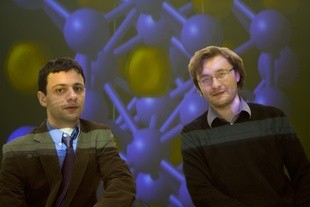 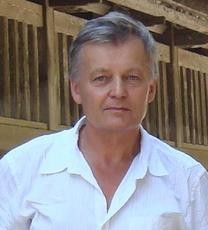 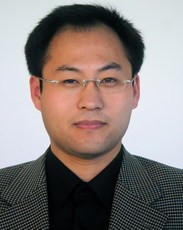 Yanming Ma, lead author and professor of physics at Jilin University in China.

Newswise — An international team of scientists have discovered a transparent form of the element sodium (Na). The team, led by Artem Oganov, Professor of Theoretical Crystallography at Stony Brook University, and Yanming Ma, the lead author and professor of physics at Jilin University in China, was able to demonstrate that sodium defies normal physical expectations by going transparent under pressure. The results are published in the March 12 edition of the journal Nature.

"It is well known that at sufficiently high compression all materials must go metallic," said Oganov. "This is seen in the metallization of hydrogen at high pressures and temperatures inside planets Jupiter and Saturn."

However, as the researchers found, element sodium does just the opposite. A perfect white metal at atmospheric pressure, on increasing pressure sodium first turns black, then (at the pressure of 2 million atmospheres) red transparent, and eventually becomes a colorless transparent material " just like glass.

"This fundamental result is important for understanding properties of highly compressed matter, particularly within stars and giant planets," said Oganov.

The unexpected transformation was first predicted by Professor Ma. His sophisticated calculations clearly indicated that sodium adopts unusual crystal structures and becomes an insulator at high pressures. Together with Professor Oganov, Ma was able to demonstrate that, at very high compressions, overlapping sodium atoms force their outer electrons into the "holes" between the atoms.

"In these holes electrons demonstrate an extremely localized behavior, responsible for the collapse of the metallic state," said Ma. "These electrons behave as 'fake atoms,' just like in electrides - ionic compounds where the role of the anion is played by localized electrons."

To test this unexpected prediction, Ma and Oganov contacted Mikhail Eremets, the leader of an experimental group at Max Planck Institute of Chemistry, Mainz (Germany). Eremets was initially skeptical of the Ma-Oganov predictions, yet he was undeterred by extreme technical challenges of reaching pressures of over 2 million atmospheres. Eremets and his group initiated a cohort of several extremely difficult experiments, using a tiny micrometer-size sample. Through these experiments, the group was able to confirm the predictions of a new structure and transparency of sodium (see Figure).

"What fascinated us most is that the pressures at which this transformation was predicted were experimentally reachable," Oganov said, "and that at these conditions such a remarkable change of chemistry occurs" .