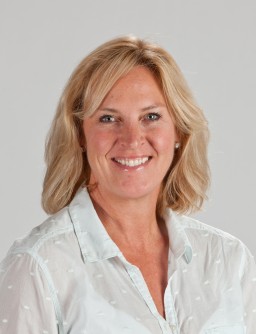 Newswise — JUPITER, FL, April 2, 2014 – A team led by a scientist from the Florida campus of The Scripps Research Institute (TSRI) has identified a new biomarker linked to better outcomes of patients with head and neck cancers and non-small cell lung cancer. The work could help scientists develop new diagnostics and therapies and help physicians determine the best long-term treatments for patients with these cancers.

The findings, which were published this week online ahead of print by the journal Cancer, focus on a protein called Choline phosphate cytidylyltransferase-α CCT-α or CCTα, an “antigen” that prompts the immune system to produce antibodies against it.

“Based on what we found, a high CCTα expression appears to be indicative of survival, making CCTα a promising biomarker,” said Laura Niedernhofer, a TSRI associate professor who led the study with Gerold Bepler of the Karmanos Cancer Institute. “Our findings suggest that CCTα may, in fact, be more important in determining outcomes in patients with both types of cancer than the already established ERCC1.”

The new study, in fact, turns previous studies on ERCC1 on their heads. Dozens of large clinical trials are being conducted using expression of the ERCC1 DNA-repair protein as a determinant of whether patients with lung, pancreatic, gastric, colorectal, esophageal or ovarian cancer should be treated with platinum-based therapy, a very potent but toxic DNA-damaging agent.

However, the new research suggests that these positive results were not actually due to ERCC1, but to CCTα—which also binds to the antibody most frequently used to measure ERCC1 expression. “Our results show CCTα may be a better predictor of patient outcomes than expression of ERCC1,” said Niedernhofer.

While ERCC1 is associated with DNA repair, CCTα is involved in the synthesis of a major component of cell membranes, active in membrane-mediated signaling and embryo survival.The new results were based on an examination of samples from 187 patients with non-small cell lung cancer and 60 patients with head and neck squamous cell carcinomas.

CCTα expression was associated with longer survival rates, including for patients with non-small cell lung cancer who were treated with surgery alone—without the use of platinum-based chemotherapy drugs and associated toxic side effects.

The first author of the study, “Choline Phosphate Cytidylyltransferase-α is a Novel Antigen Detected by the Anti-ERCC1 Antibody 8F1 with Biomarker Value in Patients with Lung and Head and Neck Squamous Cell Carcinomas,” is Alec Vaezi of the University of Pittsburgh.

In addition to Niedernhofer, Bepler and Vaezi, other authors include Agnes Malysa and Wei Chen of the Karmanos Cancer Institute; and Nikhil Bhagwat, Jennifer Rubatt, Brian Hood, Thomas Conrads, Lin Wang and Carolyn Kemp of the University of Pittsburgh. For more information, see http://onlinelibrary.wiley.com/doi/10.1002/cncr.28643/abstractThe study was supported by National Institute of Environmental Health Sciences (grant R01-ES016114), the National Cancer Institute (grants R01-CA129343 and P50-CA097190) and the American Head and Neck Society.