Young children who watch too much television are at risk of victimization, social isolation and adopting violent and antisocial behaviour toward other students at age 13. 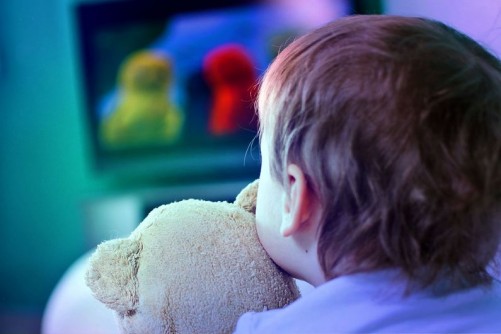 Newswise — Results of new study led by Linda Pagani, professor at the University of Montreal’s School of Psychoeducation, show that young children who watch too much television are at risk of victimization and social isolation and adopting violent and antisocial behaviour toward other students at age 13.

“It is unclear to what extent excessive televiewing in early childhood – a particularly critical time in the development of areas of the brain involved in self-regulation of emotional intelligence – can adversely affect social interactions," said Pagani.

“The detection of early modifiable factors that influence later child well-being is an important target for individual and community health. Since establishing strong peer relationships, getting along well with others, and building a positive group social identity are essential elements in the successful transition to adolescence, we undertook to examine the long-term affect of televiewing in toddlerhood on normal development based on four key indicators of social impairment in children aged 13,” she added.

“Children who watched a lot of television growing up were more likely to prefer solitude, experience peer victimization, and adopt aggressive and antisocial behaviour toward their peers at the end of the first year of middle school. Transition to middle school is a crucial stage in adolescent development. We observed that excessive televiewing at age 13 tends to complicate the situation, posing additional risks of social impairment,” demonstrated the principal investigator of the study.

Pagani and the co-authors of the study, François Lévesque-Seck and Caroline Fitzpatrick, came to their conclusions after examining data from a Quebec longitudinal cohort born in 1997/1998. The Quebec Longitudinal Study of Child Development is a set of public data coordinated by the Institut de la statistique du Québec. Parents of the 991 girls and 1,006 boys from the Study reported the number of hours their children spent watching television at two and half years. At 13 years, the same children rated their relational difficulties associated with victimization, social isolation, intentional and planned aggression by peers, and antisocial behaviour. Pagani’s team then analyzed the data to identify any significant link between such problems and early televiewing, discarding many possible confounding factors.

“Our goal was to eliminate any pre-existing conditions of the children or families that could throw a different light on our results,” said the researcher.

Televiewing is a common early childhood pastime, and some of the children in the study exceeded the recommended number of hours spent in front of the screen. Social impairment in children is an increasing concern of education and public health sector workers. According to Pagani, social skills such as sharing, appreciation, and respect gained from others are rooted in early childhood. “In toddlerhood, the number of waking hours in a day is limited. Thus, the more time children spend in front the TV, the less time they have for creative play, interactive activities, and other fundamental social cognitive experiences. Active daily life at the preschool age can help develop essential social skills that will be useful later and ultimately play a key role in personal and economic success,” concluded Pagani.

Linda Pagani, lead author of the study, François Lévesque-Seck, who is currently studying under her supervision, and Caroline Fitzpatrick, a former student of hers, published the article “Prospective associations between televiewing at toddlerhood and later self-reported social impairment at middle school in a Canadian longitudinal cohort born in 1997/1998” in the (MONTH) issue of the journal Psychological Medicine. Linda Pagani is a professor at the School of Psychoeducation, University of Montreal. She is also a researcher at the Sainte-Justine University Hospital Research Centre and with the Research Group on Learning Environments of the Fonds de recherche du Québec – Société et culture. Caroline Fitzpatrick is a professor at Sainte-Anne University in Halifax and a researcher at the Concordia University PERFORM Centre.

About the CHU Sainte-Justine Research Center

CHU Sainte-Justine Research Center is a leading mother-child research institution affiliated with the Université de Montréal. It brings together more than 200 research investigators, including over 90 clinicians, as well as 350 graduate and post-graduate students focused on finding innovative prevention means, faster and less invasive treatments, as well as personalized approaches to medicine. The Center is part of CHU Sainte-Justine, which is the largest mother-child center in Canada and second most important pediatric center in North America.