29-Mar-2018 9:20 AM EDT, by University of Florida Institute of Food and Agricultural Sciences
favorite_border 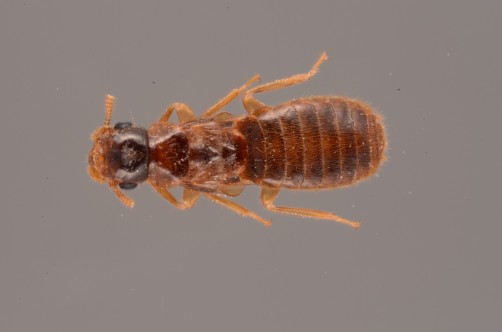 UF/IFAS researchers compare the damage caused by Asian subterranean termites on oak trees in South Florida to that caused by Formosan subterranean termites in Louisiana. As they make that comparison, UF/IFAS urban entomologist Thomas Chouvenc said he and his colleagues want to raise major concerns about the fate of these weakened trees if a strong hurricane hits South Florida.

“Our beloved native slash pine is lethally stressed by this termite, which is unexpected,” said Thomas Chouvenc, a UF/IFAS assistant professor of urban entomology. Not only can these invasive termites kill pine trees, they also hollow out the trunk of many other trees, including oak trees, making them structurally fragile and susceptible to hurricanes.

For the new study, published in the journal Florida Entomologist, Chouvenc walked neighborhoods to assess more than 400 slash pines in two residential areas of Fort Lauderdale and in city parks.

“Our results suggest Asian subterranean termites have the potential to kill pine trees, and severely damage oak trees in the urban canopy,” said Chouvenc, a faculty member at the UF/IFAS Fort Lauderdale Research and Education Center.

The termite damage in pine trees is very unique and never observed before, as the damage act like a girdle to the trees, killing them slowly.

Property owners can protect structures against subterranean termites in two ways: liquid termiticides or termite baits, which are intended to kill termite colonies.

“In order to protect trees and structures, eliminating the colony before it gets too big is preferable, and baits appear to be the most efficient way to do it,” Chouvenc said.

In 2005, for example, Hurricane Wilma caused extensive damage to southeastern Florida. Since then, many trees have sustained major damage from the Asian subterranean termites, Chouvenc said.

As Irma struck Florida in September 2017, the center of the storm spared Broward County, and most oak trees lost only a few branches.

Still, in his new survey, Chouvenc found that Asian subterranean termites had hollowed all three of the oak trees he examined. Those trees collapsed during hurricane Irma and damaged properties. Chouvenc believes that could be a bad omen, as many other trees are being weakened with current termite infestation and a direct hit by a future hurricane would amplify the potential damage.

“The rate of infestation in pine and other types of trees by this termite may be critical in the near future for the overall survival of a diverse urban tree canopy which is in the process of being irreversibly altered” he said.