Terrorism Preparedness: Our Seven-year Pilgrimage Since 9/11/01 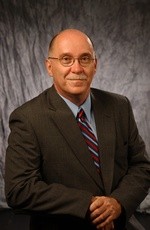 Newswise — As we approach the seven-year anniversary of our nation's worst terrorist attack and as both political campaigns get down to the serious business of campaigning in the final days before an election that both camps are claiming to be the most important of our lifetime, the question that most people have is how prepared are we today, at all levels of government, to respond to another terrorist attack or major emergency incident.

That is a question that is posed frequently to Dr. Robert S. Fleming a professor of management at Rowan University (Glassboro, N.J.) and a recognized expert in emergency and terrorism preparedness.

Fleming, an advocate of ensuring the "battle readiness" of local emergency responders who each and every day serve as our nation's "domestic defenders," said that "the importance of ensuring readiness of local first responders cannot be overemphasized in that they will be on the incident scene long before regional, state and federal resources arrive, and the strategic and operational decisions they make will significantly influence incident outcomes."

Fleming has been actively engaged in assessing levels of preparedness and in assisting governmental entities and emergency responders in enhancing their "response readiness" for all types of emergency incidents, including terrorist attacks, since years before the tragic events of September 11, 2001.

His has an extensive record of service at the local, county, regional, state and federal levels. His current professional responsibilities include:

"¢ Chairman of the National Fire Academy Board of Visitors, the federal advisory committee under the U. S. Department of Homeland Security that ensures that an appropriate curriculum is available for training the nation's emergency responders. Additionally the Board of Visitors reviewed and recommended to the Secretary of Homeland Security the credentialing system that will be implemented for credentialing first responders for response to major incidents. "¢ Chairman of the Pennsylvania Fire Service Certification Advisory Committee, which is responsible for providing advice and counsel as the Commonwealth of Pennsylvania develops and implements processes for training, certifying and credentialing first responders."¢ Chairman of the Chester County (Pa.) Local Emergency Planning Committee, which addresses issues of emergency preparedness within the County of Chester and coordinates with other counties within the region.

NOTE:Fleming has worked with the media extensively since September 11, 2001 and is available to discuss an array of timely issues including:

"¢ Impact of Terrorism on Business