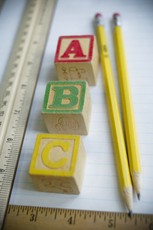 Tests implemented since No Child Left Behind's passage may have helped with accountability issues in education, but they have had little effect on improving learning in children,

Dr. James McLean discusses major trends in testing such as a focus on more specific learning objectives, the purpose of "No Child Left Behind" testing, what negatives are associated with this type of testing, and why some colleges are no longer using ACT/SAT test scores

Newswise — Tests implemented since No Child Left Behind's passage may have helped with accountability issues in education, but they have had little effect on improving learning in children, says Dr. James McLean, dean of The University of Alabama College of Education.

"There are two major approaches to testing: for accountability purposes and for diagnosing and prescribing learning," said McLean.

"The No Child Left Behind testing is of the accountability type and is not designed to improve learning but to judge it. So, it has had little effect in terms of improving learning."

McLean also said that all the tests given for accountability have caused educators to change their focus in the classroom.

"They are now gearing their curriculum more and more to the things that are being measured on the tests rather than the general knowledge that many of us learned in our lifetimes when we didn't have to take all of these tests," said McLean.

He added that he doesn't think it should be an "either or" situation.

"I think we need a mix of both types of testing. They are both important and, when used properly, both will improve learning and achievement."