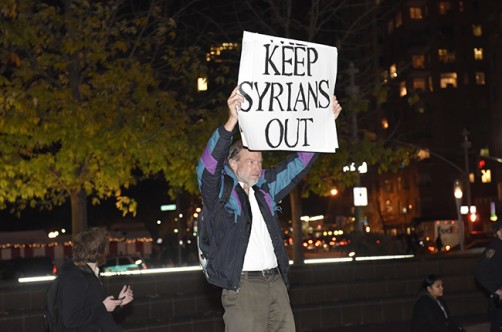 Newswise — What if most or all you know about Muslims is from what you see in the media -- terrorists depicted in movies and TV shows, news reports on suicide bombings and mass shootings. What would your perception of Muslims be? Would you have stereotypical beliefs and negative emotions about them, and would you support policies that are harmful to them? Very likely, according to research co-authored by a Texas A&M University professor.

In “Reliance on Direct and Mediated Contact and Public Policies Supporting Outgroup Harm,” published in the Journal of Communication, Srividya Ramasubramanian, associate dean of liberal arts and professor of communication at Texas A&M, and her co-authors, used multiple studies, surveying non-Muslims on how much they relied on direct contact with Muslims versus media-based contact. Then they measured participants’ negative emotions toward Muslims, perceptions of Muslims as aggressive, support for civil restrictions against Muslims, and support for military action against Muslim countries. “We observed that almost on a daily basis, media depictions of Muslims are extremely negative,” Ramasubramanian says. “Almost without exception, they are portrayed in stereotypical ways as violent, criminal and extreme. Islamophobia is on the rise and even some American political leaders have expressed hateful sentiments towards Muslims.”

The researchers found a correlation between people who rely on media depictions of Muslims and having negative attitudes, versus those with direct interactions who were less likely to view Muslims negatively.

“Our findings show that individuals who rely on the media for information on Muslims have greater negative emotions toward Muslims and increased perceptions of Muslims as aggressive, which in turn leads to support for civil restrictions against Muslims and military actions against Muslim countries,” says Ramasubramanian, who studies media psychology and cultural diversity, especially the effects of media stereotypes on users’ attitudes, emotions, and policy support towards marginalized groups.

“Direct contact with Muslims had an opposite effect,” she continues. “In other words, reliance on media portrayals of Muslims as compared to direct contact through friends and acquaintances leads to several negative outcomes.”

Some participants with negative attitudes toward Muslims expressed what Ramasubramanian describes as domestic and foreign policies harmful to Muslims. “Domestic policies included statements such as support for secretly monitoring Muslims without their consent or awareness, or restricting the ability of Muslim-Americans to vote. Foreign policy included several statements such as support for the use of military action and drones against Muslim countries.”

How can so many non-Muslims have so little interaction with Muslims? Ramasubramanian says social interactions often revolve around religious, racial and gender identities in our societies. “There is often a lack of motivation to step outside one’s comfort zone to learn about other sub-cultures,” she notes. “Even when there is exposure through direct contact, such interactions are often brief, rather than long-term, meaningful friendships.”

She says she hopes the research findings suggest the importance of more direct contact between Muslims and non-Muslims in communities. “Building friendships in this manner may buffer the negative effects of media portrayals of Muslims,” she notes, adding she also hopes the media work to improve the portrayals of Muslims by having more positive depictions.

Ramasubramanian’s co-authors on the study are Muniba Saleem and Grace S. Yang at the University of Michigan-Ann Arbor.