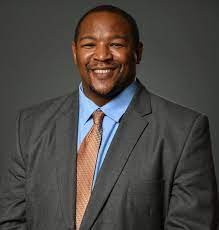 Darnell Smith--a once-local star high school football player at nearby Taft High School in San Antonio, who most recently served as the assistant athletic director of compliance at the University of Central Oklahoma—will return to his home town to join A&M-San Antonio’s leadership team and to help the university launch its first intercollegiate athletics program. He will oversee the implementation of the university’s intercollegiate athletics strategic plan and manage resources, facilities, finances and fundraising efforts for the division of athletics.

“Darnell’s experience as a talented administrator and a strong advocate for the long-term success of ethnic minorities and women, as well as his time as a standout student-athlete and scholar, makes him a uniquely-suited leader to oversee the implementation of our athletics strategic plan,” said Cynthia Teniente-Matson, president of A&M-San Antonio.

Smith spent the past decade overseeing NCAA compliance, student-athlete services and student-athlete welfare programing at the University of Central Oklahoma. He was also the deputy Title IX coordinator for athletics, and he chaired the Division II Ethnic Minority and Women’s Internship Grant Committee.

“I am honored to be returning home to San Antonio to tackle a whole new set of challenges as we create Texas A&M University-San Antonio’s intercollegiate athletics program,” Smith said. “This is a rare opportunity I am eager to take on.” Smith says his mission at A&M-San Antonio is to be authentic, exude high character, work hard and pave the way for the future leaders participating in Jaguar athletics.

Smith earned a bachelor’s degree in economics and a master’s degree of natural and applied sciences from Oklahoma State University (OSU), where he played defensive end from 2002 to 2006. Currently, Smith is pursuing his doctorate at the University of Oklahoma in adult and higher education with an emphasis in intercollegiate athletics administration. He was a three-time recipient of the Arthur Ashe Scholar Award at OSU, and he earned second team honors on the ESPN the Magazine Academic All-America Team. He also received the John McLendon Minority Foundation Scholarship.

Before his success at OSU, both on and off the field, Smith spent his junior and senior year as a defensive end and linebacker at San Antonio’s Taft High School, where he earned all-district and co-Defensive Most Valuable Player honors, playing for former coach Lee Bridges. His senior team was runner-up in Texas Class 5A in 2001. Smith attended Virginia Allred Stacey Junior-Senior High School (Stacey) on Lackland Air Force Base as a freshman and sophomore, and competed in men’s track and field and men’s basketball. He was instrumental in helping Stacey reach the men’s basketball playoffs (Area) during the 1999 and 2000 seasons, respectively.

With Smith’s help, the university will launch its first intercollegiate athletics program--starting out with a women’s softball team and with men’s golf and men’s and women’s soccer programs--in the Fall of 2020.  A&M-San Antonio’s intercollegiate athletics program will be a first for South Bexar County, and will support the university’s aggressive growth trajectory and enrich the student experience.  For more information, visit tamusa.edu/athletics/news.html.

Education In the Workplace Sports