Texas, Civil War and Baylor History Portrayed by Baylor's First Art Professor Are On Display in Waco, Texas, through Sept. 21 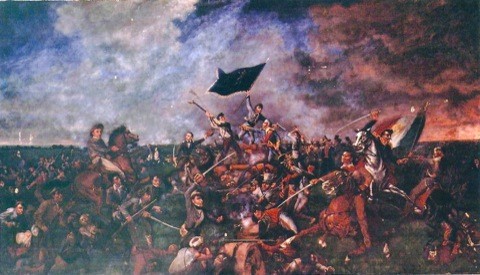 “The Battle of San Jacinto, 1901” (Image of an oil painting by Henry A. McArdle/Photo by Bob Smith from a private collection in Midland, Texas) 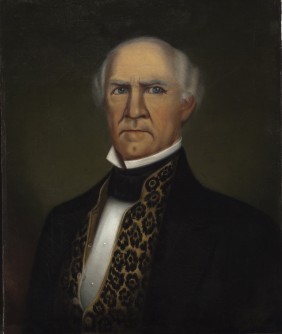 "Portrait of Sam Houston" (Image of painting by Henry A. McArdle/Photo by David Wharton, courtesy of the Texas Collection, Baylor University Libraries)

Newswise — The largest-ever exhibition of works by 19th-century Texas artist Henry A. McArdle, whose works depict the state’s history, the Civil War and Baylor University’s founding, are on display in a free exhibition in Waco, Texas, through Sept. 21.

Baylor and Southern Methodist University are collaborating to present the exhibit — “Henry A. McArdle: Texas Painter, Patriot and Baylor Professor” — at Baylor's Martin Museum of Art.

Some of the works will be shown in public for the first time, coinciding with the Aug. 31 Baylor-SMU football game -- the debut game at Baylor's new $266 million, state-of-the art McLane Stadium, expected to draw visitors from across the country for football games and other events.

Baylor Regent Cary Gray — avid football fan and ardent history buff — and his wife, Amber Gray, provided some of the exhibit funding so that visitors can view art ranging from a depiction of the bloody battle at San Jacinto to portraits of five of Baylor’s presidents to sketches of Civil War soldiers and battles. There’s even a yesteryear version of a “selfie” — McArdle’s self-portrait in pencil. “What prompted me thinking about this was the proximity of the Hooper-Schaefer Fine Arts Center (home of Martin Museum of Art) to the pedestrian bridge over to the new stadium -- and to the fact that McArdle’s style of art would appeal to football fans,” Gray said.A Houston attorney and former Baylor Alumnus of the Year, Gray had a chance meeting a year ago with McArdle scholar Sam Ratcliffe of SMU, and "one thing led to another.

“SMU had McArdle’s huge painting of (Republic of Texas President) Sam Houston," he said. "With SMU our opponent at the inaugural game, all of that coalesced in my mind, and I thought, ‘Why in the world wouldn’t we have an exhibit?’”

On display are 22 oil paintings, 11 drawings and a diary, with works loaned from the Texas State Capitol, Baylor’s Texas Collection, SMU, the Nau Civil War Collection and private collections.

“Lee at the Wilderness” — which Ratcliffe said will be shown publicly for the first time — is McArdle’s last Civil War study after serving as a cartographer under Confederate Gen. Robert E. Lee. The painting shows the general restrained from going into battle by members of Hood’s Texas Brigade, some of whom served as models for the painting.

McArdle scholar Sam Ratcliffe said that “The Battle of San Jacinto” — a smaller version of an earlier iconic painting — also will be shown publicly for the first time. It portrays the decisive battle of the Texas Revolution, led by Sam Houston and establishing Texas’ freedom from Mexico. The image includes fallen soldiers, soldiers brandishing swords, horses rolling their eyes in terror and such atmospheric effects as firelight and smoke.

Ratcliffe said this version of “The Battle of San Jacinto,” done in 1901, was not located until four years ago.

Among other images are two paintings of Sam Houston, a depiction of “Father of Texas” Stephen F. Austin that is usually housed in at the Texas Capitol, paintings of five Baylor presidents and members of Texas founding families.

“McArdle’s work tells the story of where Texas has been more than any other,” Gray said. “And this exhibit shows how important Baylor University was to the state.

“With the exhibit, we’ll be able to look across the river from the stadium and see where we were historically. You can’t know how far you’ve come unless you know where you’ve been.”

Panel discussion: 3 to 4:30 p.m. Saturday, Aug. 30, in Jones Theatre, next to Martin Museum in Hooper-Schaefer. Featured will be John Wilson, director of Baylor’s The Texas Collection; Sam Ratcliffe, Ph.D., McArdle scholar and head of Jerry Bywaters Special Collection at SMU; and exhibition lenders. A reception will follow from 4:30 to 5:30 p.m.

ABOUT MARTIN MUSEUM OF ARTThe museum’s mission is one of education and service by bringing outstanding art exhibitions, speakers and guest artists to Baylor University and Central Texas. The museum serves as a valuable teaching tool for students and faculty. Exhibitions complement the courses of art history and studio art taught within Baylor’s department of art. The permanent collection consists of approximately 1,300 objects representing a variety of art that has been donated to or purchased by Baylor. The collection contains art by such well-known artists as Robert Rauschenberg, Kathe Kollwitz, Francisco de Goya, and Edouard-Leon Cortes, as well as approximately 300 paintings by famous watercolor artists, among them George Post, Phil Dike, Edgar Whitney and John Marin. 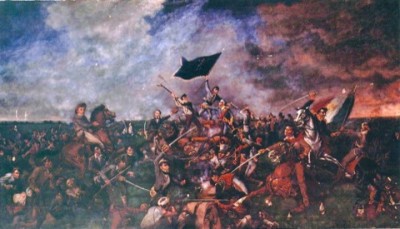 Caption: “The Battle of San Jacinto, 1901” (Image of an oil painting by Henry A. McArdle/Photo by Bob Smith from a private collection in Midland, Texas) 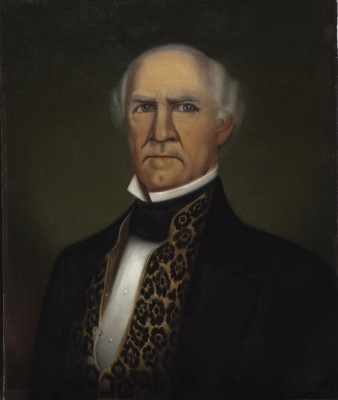 Caption: "Portrait of Sam Houston" (Image of painting by Henry A. McArdle/Photo by David Wharton, courtesy of the Texas Collection, Baylor University Libraries)