Stripe and leaf rust infestation on wheat early and heavy 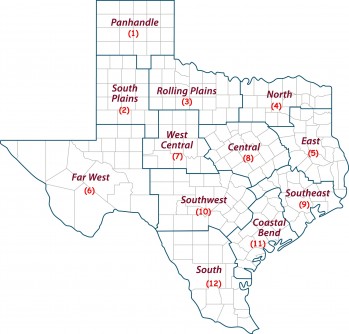 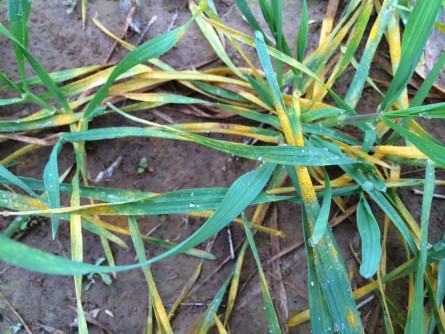 Conditions are ideal for stripe rust in wheat.

Newswise — COLLEGE STATION – There have been considerably more reports of both leaf and stripe rust on wheat than is normal for this time of year, according to a Texas A&M AgriLife Extension Service agronomist.

“There’s been a number of reports out of the Blacklands and Central Texas in general,” said Dr. Clark Neely, AgriLife Extension small grains and oilseed specialist, College Station. “If conditions remain idea for rust, we could see a pretty heavy rust year.”

In recent years, fungicide trials in College Station showed leaf rust can reduce yields up to 50 percent on untreated check plots, and stripe rust can be just as devastating if not more so, Neely said.

There are a number of products that will effectively control rust on wheat, he said. Agronomists usually don’t recommend spraying this early because rust pressure is usually too low for there to be an economic advantage.

“But in a number of cases this year, the rust has begun to spread not only in the lower leafs, but onto newer leaves as well,” he said. “And we’ve seen some considerable yellowing of leaves, which means the plant is quite stressed. I think in these cases, spraying may be warranted.”

Central: Most counties reported overall conditions – soil moisture, rangeland and pastures, crops – as being good. Livestock were in fair condition with continued supplemental feeding. Farmers were making final preparations to start planting row crops. A few farmers were planting corn. Small grains continued to look good. At the end of the week, temperatures dropped and a cold front brought ice and sleet. On Feb. 19, freezing temperatures dinged some fruit trees that were blossoming and stung some winter vegetables. Some producers were making herbicide treatments on coastal Bermuda grass fields. Some brush control was being done.

Coastal Bend: Soil moisture was adequate. Warm, dry days were followed by cold weather again. Preparations for spring planting were slow-going as not all fields were dry enough to get equipment into. But most growers welcomed the wet conditions as it has been several years since a growing season started with a full moisture profile. Some corn was being planted, and fertilizers and other preparations were being made on fields going to grain sorghum and cotton. Growers were topdressing wheat. Some fungicides were also being applied to wheat. Ranchers were grazing cattle on winter pastures with warm-season weeds already emerging. Cattle remained in good condition.

East: The region had warm, mild weather before a cold front brought sleet and freezing rain on Feb. 23. While the weather was warm, winter pastures perked up, and the dryer weather allowed water-logged roots to breathe. In Anderson County, wet conditions prevented truck farmers and row-crop producers from working in the fields. In Henderson County, producers had better field conditions and were sprigging Bermuda grass. Cattle were mostly in good condition, with producers continuing to provide hay and supplemental feed. Cattle were still eating a lot of hay, but most producers still had plenty left. Cattle prices were firm with some classes higher, and demand was strong. Goat prices were good and demand also strong. Ponds and creeks were full. Feral hog reports continued, with damages worse in some counties than others. Fruit and bare-root trees were being planted and pruned. Some growers were planting potatoes and onions. Spring calving was in progress.

North: The weather was warmer, with daytime temperatures in the 70s until a cold front brought a wintery mix of ice and snow on Feb. 23. While the warm conditions lasted, farmers were able to get into fields to fertilize small grains and pastures. Livestock producers were able to slow down a little on feeding hay and turn cattle back on winter annual pastures. Hay supplies still looked good and ponds were in good shape. Field preparation for corn planting continued. Winter wheat looked good in many areas. Livestock were in good condition and spring-born calves were growing well. There were reports of heavy feral hog activity.

Panhandle: The region had another weather roller coaster ride with temperatures all over the place. Soil moisture continued to vary widely, with most counties reporting short to adequate. Some producers had a good week for fieldwork and preparing for spring plantings. Stocker cattle were becoming a more common sight on rangeland and wheat pastures. Winter wheat looked good, with dryland and irrigated fields showing sustained growth. Producers were still trying to decide what to plant this spring. Grain sorghum was getting a second look because of the projected low cotton prices. In Hutchinson County, the warm weather prompted weeds to emerge, which was a good thing as it allowed producers to treat early. Cattle on range were being supplemented and remained in fair condition. Lice were becoming a problem in some herds. Rangeland and pastures varied from poor to fair condition, with most counties reporting good to fair.

Rolling Plains: Temperatures were highly variable with limited moisture. Wheat remained in good condition, with most fields growing and greening. However, moisture will be needed soon to maintain good growth and color. Ryegrass was also showing good growth. Rangeland and pastures were in fair to good condition. Cattle remained in decent condition, and some hay was still available.

South: Temperatures were mild with some counties receiving light rain. In the northern part of the region, wheat and oats were in fair to good condition. Producers continued preparing for planting. Continued growth of winter annuals provided good grazing for livestock and wildlife. Rangeland and pastures remained in fair condition. Stock-tank water levels varied, with some tanks near capacity but many still low. Soil moisture was 100 percent adequate in Atascosa, Frio and McMullen counties, and 50 percent adequate in La Salle County. In the eastern part of the region, soil moisture was mostly adequate. Jim Wells County farmers were planting corn as field conditions allowed. Winter wheat was in good to excellent condition and promising good yields. Also in Jim Wells County, soil moisture was good, but rangeland and pastures were not showing much improvement due to persistently low soil temperatures. In Jim Hogg County, scattered showers occurred throughout the week allowing pastures and rangeland to improve. Supplemental feeding of hay and protein continued. In the western part of the region, some counties received light rains, which helped oats and coastal Bermuda grass. Zapata County ranchers continued to provide supplemental feed, minerals and hay. Some early planted wheat approached boot stage and early seed development. Cabbage harvesting resumed late in the week, and spinach producers continued harvesting the second cuttings of both fresh and processing varieties. Farmers were preparing fields for planting grain sorghum and corn. Soil moisture was from 50 to 100 percent adequate. In the southern part of the region, soil moisture was 60 to 80 percent adequate in Starr County, 100 percent adequate in Hidalgo County and 65 to 75 percent adequate in Willacy County. Farmers were planting spring crops, and the harvesting of sugarcane, vegetables and citrus continued in Hidalgo County. In Starr County, spring planting was nearly completed.

South Plains: The region had mild, spring-like weather during the week, until another cold front arrived over the weekend. Garza County received 0.2 to 1 inch of moisture across the county at the end of the week. Subsoil and topsoil moisture remained short to adequate in most counties. Producers and landlords will have to finalize their farm bill base plantings and any yield reallocation by Feb. 27. Field preparations for the upcoming growing season continued. Pastures and rangeland were in fair to good condition, and cattle were mostly in fair to good condition, with some supplemental feeding during cold spells. For now, it seems the region will continue to experience the roller coaster cold-to-hot cycle for some time.

Southeast: Soil moisture was mostly in the adequate-to-surplus range. Chambers and Brazos counties reported 100 percent adequate moisture. Rangeland and pasture ratings varied widely too, but were mostly fair to good, with fair being the most common rating. Brazos County fields were dry enough for fieldwork, and corn planting began. Chambers County farmers were working fields as long as the weather remained favorable. Grain sorghum was expected to be planted soon. Fort Bend County farmers were waiting on drier weather to plant corn, but hoped to start the first week of March. Livestock were in fair condition. Waller County had spotty showers.

Southwest: Conditions were dry and windy throughout most of the region, but the warmer weather allowed winter forages to use available moisture. Some corn planting started but was limited due to a forecast of colder weather. Lambing and kidding were underway. Wildlife and livestock continued to require supplemental feeding.

West Central: The region had unseasonably warm, dry weather most of the week. The cotton harvest was completed. Gins were finishing up. Winter wheat was improving and in mostly good condition. Winter small grains looked the best they had in many years. Fieldwork was underway in preparation for spring planting. Stock-tank water levels continued to drop. Rangeland and pastures were holding up pretty well for late February. Warmer weather and recent moisture enhanced the growth of grasses, making for better grazing. Supplemental feeding of livestock continued. Cattle prices were still holding steady. 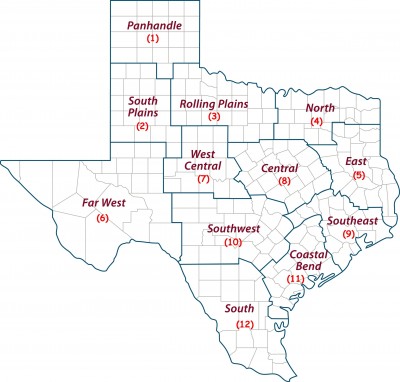 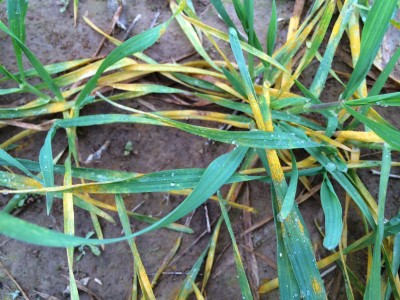 Caption: Conditions are ideal for stripe rust in wheat.