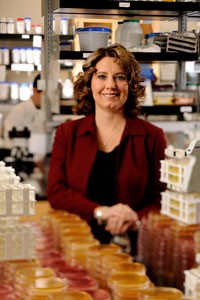 In the last year, the U.S. pork supply has decreased by about 10 percent due to PEDv.

Appearing on “Lou Dobbs Tonight,” Mindy Brashears, professor of food microbiology and food safety, and director of the International Center for Food Industry Excellence, said that Americans should expect food prices to rise because of the current drought and other issues.

In the last year, the U.S. pork supply has decreased by about 10 percent due to the Porcine Epidemic Diarrhea virus (PEDv). Meanwhile, the drought in California continues to drive up prices on beef, vegetables and fruit. Over the weekend, nearly 2 million pounds of ground beef were recalled by a Michigan packing plant.

“(The ground beef recall) in and of itself doesn’t necessarily have an impact on our prices because if you put it into context, last year, in the month preceding Memorial Day, there was 191 million pounds of ground beef sold,” Brashears said. “But if you combine that with other factors, such as the PEDv virus in pork, and the drought conditions in cattle; yes, that does have an impact on our food supply and has caused the price to increase over the past several months.”

Brashears said that thanks to the diversity of the food supply, other options are available to help curb the impact of rising food costs for certain foods.

At the moment, Brashears explained, the U.S. Department of Agriculture (USDA) and the National Pork Board are working to identify how PEDv has remained virulent and how to control it going forward.

“They are confirming cases, doing epidemiological studies, investigating the means by which the virus has spread,” she said.

The epidemic could end “hopefully within the next few months.”

Brashears also explained that the beef herd is at its lowest levels since the 1940s, thanks, in part, to the California drought.

As far as how these factors will affect the average U.S. consumer going into the summer, Brashears said that thanks to the diversity of the food supply, other options are available to help curb the impact of rising food costs for certain foods.

“We are fortunate in the U.S. in that we spend a relatively small amount of our disposable income on our food, but that is going to change this summer,” Brashears said. “Fortunately we do have a very diverse food supply; specifically going back to the beef itself, people who are accustomed to eating steaks may have to choose lower-cost cuts, ground beef, other types of products.”