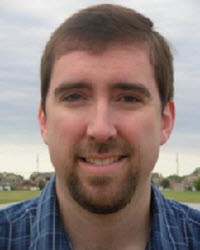 Texas Tech University researchers will spend the next two months in the Tennessee Valley region collecting data during severe storms as part of the Verification of the Origins of Rotation in Tornadoes EXperiment-Southeast (VORTEX-SE), a congressionally-mandated research project. VORTEX-SE aims to study the conditions that produce tornadoes, particularly in the Southeast. The team from Texas Tech, which includes two graduate students, will collect meteorological data using StickNets, weather balloons and lightning mapping array sensors.

The audio can be found on Texas Tech University’s FTP site: http://communications.ttumedia.com

WHAT CONDITIONS CAUSE TORNADOES TO FORM, PARTICULARLY IN OUR (SOUTHEAST) PART OF THE COUNTRY?

THAT’S THE QUESTION RESEARCHERS HOPE TO ANSWER AS VORTEX S-E GETS UNDERWAY.

IT’S A RESEARCH PROJECT THAT’S FOCUSED ON SEVERE STORMS IN NORTHERN ALABAMA AND THE TENNESSEE VALLEY.

SCIENTISTS FROM TEXAS TECH UNIVERSITY WILL SPEND THE NEXT TWO MONTHS HERE COLLECTING VALUABLE DATA.“There’s a lot of theories about what the environment does to influence the development of tornadoes, so we’re going to try to make those measurements.”

VORTEX S-E RUNS THROUGH MAY 8-TH.